The Art Of Image Making 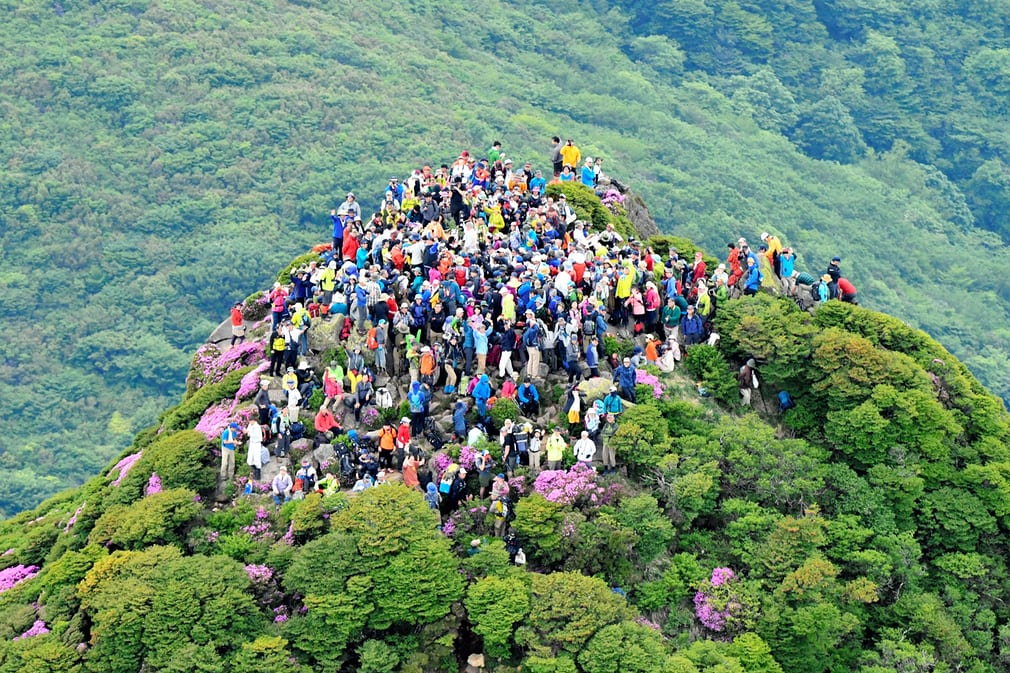 Featured in The Guardian.
Oita, Japan – Climbers on the summit of Mount Taisenzan in the Kuju mountains. Photograph: The Asahi Shimbun

A picture can instill various intense emotions. One of the most rewarding gifts that we can enjoy is to capture beautiful moments and gaze at them from time to time. Today photography captures ‘life’ better than any other artistic medium of our age. With the boom in advertising, media and the fashion industry, photography has emerged as a lucrative and thrilling career option. Until some years ago the masses regarded photography as a hobby only, but it has now emerged as a full time profession. A good composition as it is rightly said, can sometimes be much more eloquent than a thousand words.
In this pictorial blog, we’ve collected some of the combined efforts of nature and talented artists showing the wondrous diversity of the journey called ‘life’.

Feaured in The Guardian.
Sarajevo, Bosnia and Herzegovina – People gather round tables for the iftar dinner in the courtyard of the mosque in Varoška Rijeka village. Photograph: Anadolu Agency/Getty Images

Feauured in The Guardian.
Hanover, Germany – A stork feeds its offspring in their nest in Laatzen near Hanover
Photograph: Julian Stratenschulte/AFP/Getty Images

Featured in The Guardian.
Buenos Aires, Argentina – A girl takes part in a march organised by the Ni Una Menos (Not One Less) movement. The group is protesting against violence against women and campaigning for safe, free and legal abortions. Photograph: Eitan Abramovich/AFP/Getty Images

Featured in The Guardian.
New Delhi, India – A man swims as he collects recyclable items in the polluted water of the River Yamuna. Photograph: Amit Dave/Reuters