Both Tanya Bansal and Ankur Tyagi have also been awarded with one year mentorship under one of the leading fashion designers of India and their creations will be on retail in a commercial space during the Mega Luxury Shopping Festival at DLF Emporio, New Delhi from April to May this year. Also, a dedicated news piece shall be published in quarterly DLF Emporio magazine.

Additionally, Pearlites Aditi Agarwal, Nikita Luthra, Mansee Gupta and Hinal Patel from the New Delhi and Jaipur campuses made it to the list of Top 26 finalists of the awards.

Tanya Bansal with her designer wear

Tanya Bansal’s designer wear is inspired from Taj Mahal. The fabric used has been hand woven to reflect the intricate craftsmanship of the Mughal era and the motifs are block printed. The silhouette is inspired from Men’s Achkan from the Mughal times that is bold and a modern-day woman would treasure and pass on to next generation as an eternal symbol.

Ankur Tyagi’s ‘Cup of Love’, a wine flask with Jali, is a set of beautiful earing that has been crafted using brass and blue sapphire stones. Ankur derived his inspiration from the miniature paintings in which the Mughal royalty figures use a crafted wine flask to savour the finest of the wines. Also, it was the detailing work on domes of Mughal era buildings and the shape of domes too that caught Ankur’s eye and which he really wanted to incorporate in the jewellery piece. So the shape of wine flask and monument pattern incorporated in earing ‘Cup of Love’ is supposed to be a cup of love which spreads the love from the royalty to everybody throughout the empire.

Launched in 2012, the DLF Emporio Design Awards has been created to encourage and support young fashion designers. Each year, DLF Emporio recognizes and honor young, innovative and emerging talent in the field of fashion and design.

Check out more pics from the event here: 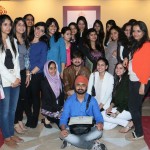 Finalists at the Awards 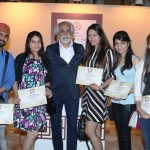 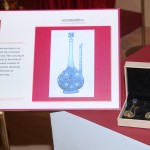 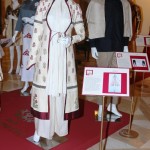