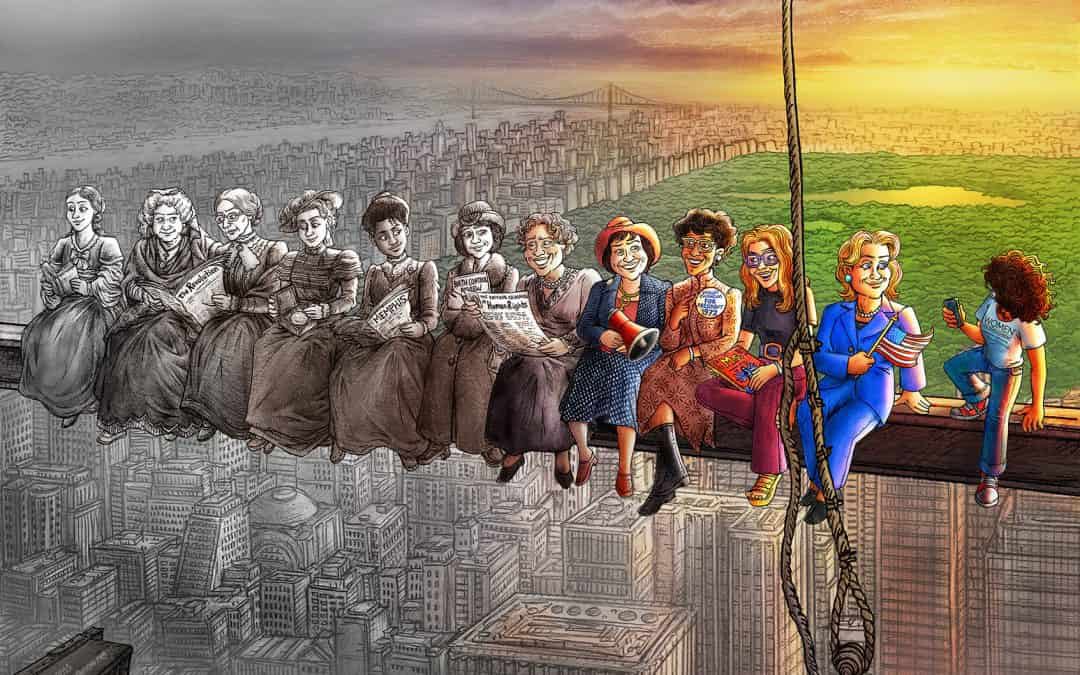 “By learning about the past, you come to understand the present, so that you may make educated decisions about the future.” – Richelle Mead

History helps us learn from others’ experiences, but more importantly, it helps us understand the events that led to the present. So, let’s dive into the history related to feminism and art. Because as the pioneering historian and feminist, Gerda Lerner, said, “Women’s history is the primary tool for women’s emancipation”.

As the journey of feminism would point out, art played a huge role in the fight for equality. It gave women an outlet to be heard and understood.

Depictions of women in the art could be traced back to as early as 28,000 BCE, with the faceless Paleolithic statuette Venus of Willendorf, which stands for fertility.

Over the years, art became a paramount factor in women’s struggle for self-expression. It proved to be a useful tool to illustrate what it’s like to experience the world as the ‘other’. Women found comfort that art, silently, could be used to make a very loud statement. It could bring attention to prevalent injustices, inequalities, and violence that women face.

Yoko Ono’s 1964 Cut Piece is the perfect example. She sat on the floor, letting strangers cut pieces of her clothes, shedding light on violence inflicted against women. In 1969, Mierle Laderman Ukeles, performed in an art gallery by cleaning it to highlight the stereotypical gender roles. Activist groups, The Guerrilla Girls, call out the racial and gender discrimination in the art world itself, through their work. ‘When Racism & Sexism Are No Longer Fashionable, What Will Your Art Collection Be Worth?’ brings up the fact that many museums and art exhibitions are built around white male artists.

Art also provides a platform for women to tell stories that establishes their role in the creation of history – as an active participant and not an observer. These can be very impactful, inspiring, and relevant in the modern-day to break barriers and move away from bias. It also presents them with an opportunity to be visible in the public space, something women have always struggled to normalize. Throughout the Renaissance, the pursuit of art was considered to be a polite one for women. Professionally being an artist as a woman was being frowned upon and they were structurally oppressed against being able to earn wages through their art. It is deemed necessary for female artists to make their mark as an artist.

In the present day also, design becomes crucial in helping women find equal space in society. Design that’s focused on showing women as they are, instead of how men would like to view them can go a long way in cutting through gender stereotypes. For gender-positive design to come into existence, there is a need for designers and artists who can take the movement forward.

At Pearl Academy, we strive to create the change we want to see. Our courses encourage progressive thinking and not only finding the courage but also the medium to shatter stereotypes and create an inclusive world. Through our School of Design, we aim to start an innovative design revolution for the designers of tomorrow. To know more, click here.