A Spotlight on Mayank Singh 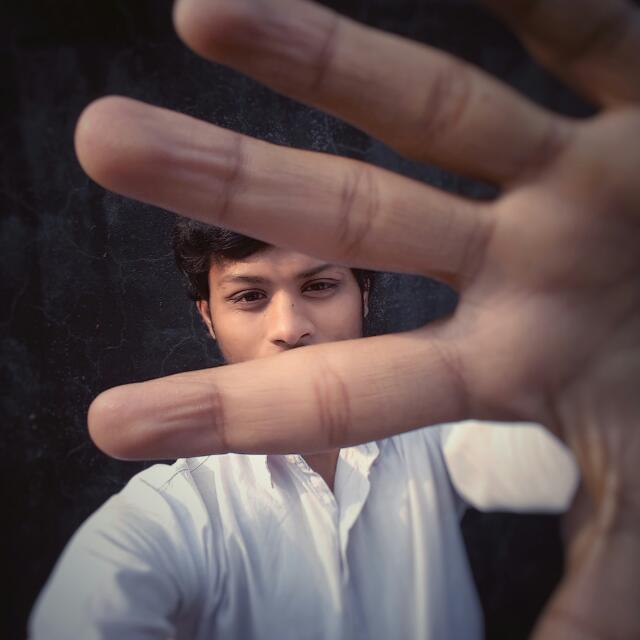 “Creative inspiration can strike me anywhere, anytime. I could be walking down local marketplaces or sitting in my bedroom listening to the radio. It can come through the sight of rain or trees, strangers and books, stashed away like a jewel waiting for me to grab it, hidden inside moments of silence. I can’t predict the next time I’m struck by a great idea or visual to expand on.” contemplates Mayank Singh, a first year student of Interior and Spatial Design at Pearl Academy. Though academically rooted in the art and practice of designing and constructing buildings, Mayank delights in exploring the wellspring of options his foundation year at the Academy offers him. “We don’t limit our study to one particular field. We’re encouraged to take an interdisciplinary route towards advancing our skills at Pearl,” he says, clearly excited. Mayank’s imagination, free from any bridle, travels in unusual directions and is informed by everyday life, his private world, his passions and scholarly interests: nature, humans, everyday objects and world cultures.

Young, talented and blessed with a voracious curiosity about the world, he refuses to stay complacent within the boundaries of his own culture. “I haven’t had the luxury to travel as much as I would like to. There are beautiful, fascinating places out there I wish to visit. France, Wales, Netherlands and Japan to start with.” He lingers on his love for France, notably the bold wave of modernity that swept over the French Riviera during the 20’s and 30’s. This brought simplicity and clean lines which lay in stark, yet refreshing contrast to traditional design aesthetic Mayank regards with equal reverence- such as baroque and art deco. “I respect complexity as it is usually born out of great planning and intelligence. There is nothing more awe inspiring than the monumental dimensions the gothic churches in Paris such as the Notre Dame have” He chuckles, asking if I had seen the recent adaptation of Disney’s Beauty and the Beast film. “I love regalia. Some people shy away from the ornate and decadent because they fear excess. I embrace it..”

Making a bold statement isn’t something Mayank shies away from. His flamboyant, 6X6 canvas painting that caught everyone’s attention on campus with its girth and vibrant composition is an example of this tendency. It came as no surprise when it was featured on Pearl’s newest advertising campaign, hinged on student produced art.

The bold, nonchalant lines that bring this painting to life in a predominantly impressionist style bears comparison to the paintings of Le Corbusier, the visionary mastermind who inspires Mayank’s architecturally inclined mind. A portrait of a lady, left deliberately faceless against a sunny backdrop, flaunts an ornate up-do that is reminiscent of hairstyles worn in 18th century Europe- especially France and its court of Versailles. During this era, ornamentation of the hair was a reflection of affluence and flourishing times. Women weren’t afraid to project themselves vibrantly and did so with glamour and confidence. Men too, did not shy away from such vanity and decked themselves with equal pride.“This painting is a celebration and encouragement of feminine expression in a culture that is mostly oppressive towards women,” says Mayank, “The lady doesn’t have a face because she is archetypical. She represents qualities that are commonly only associated with the feminine spirit-” held paramount at Pearl Academy – creativity, beauty, vitality and colour.

Stepping into his role as an artist was not always on the cards for Mayank, who grew up aspiring to become a professional soccer player during his school days. Like the majority of his male peers, he was encouraged to fuel his athleticism and dedicate himself to the study of hard sciences- physics, chemistry and mathematics- all of which geared him towards a future career in engineering. However, Mayank decided to reject this conventionally “masculine” path, despite all its promises of security. Why? “Because you have only one life to live. I don’t want to be a slave to money and the tried and tested path. There are other parts of me that I want to explore, real interests I want to nurture.” And in deciding this, Mayank found himself enrolled as a proud student at Pearl, fearlessly committing himself to the path of an artist and coming face to face with his inner Creator.

Students like Mayank Singh form the lifeblood of Pearl Academy. We take pride in helping them focus their innate gifts and provide their passion with the structure, industry skills, guidance and resources necessary to make an impact in the world. They do so in real and practical ways without having to compromise their vision and authentic voice.