Mumbai – a hub of artists, dreamers, designers, and aspirants 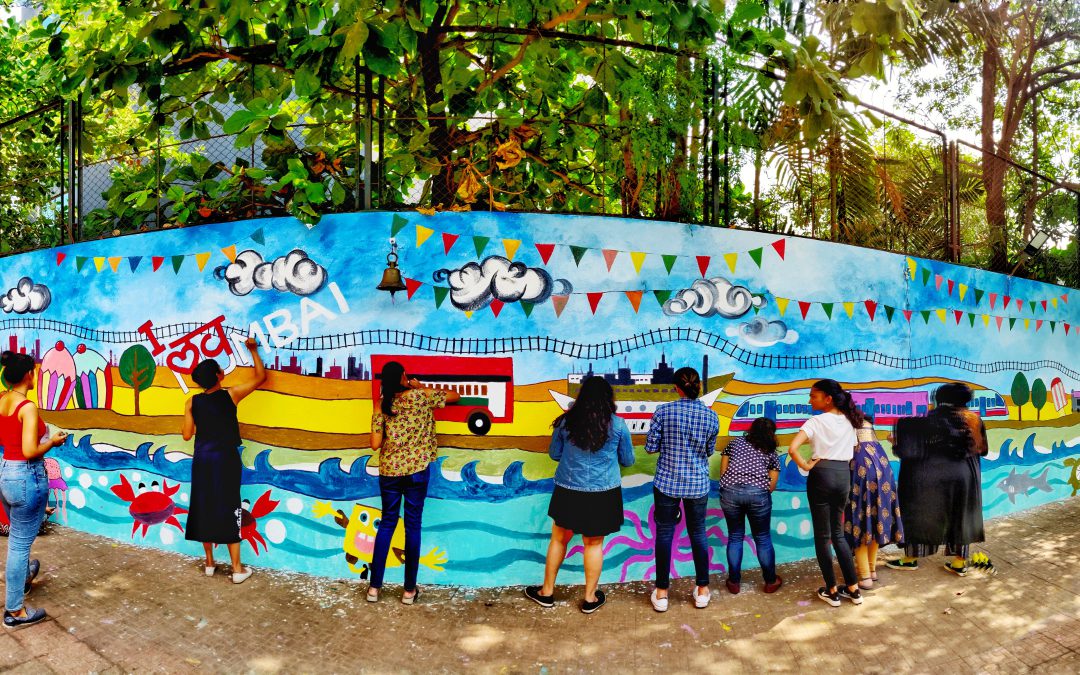 Every person has a different viewpoint when it comes to the glorious city of “Aamchi Mumbai.” For some people, it’s just one of the many cities present all over the country and nothing else, coupled with its fair share of flaws and problems. However, for others, it’s these flaws that make Mumbai special for them, since it allows them to express their artistic zeal and turn the entire city into a canvas in their mind.

If there’s one thing that can assuredly be said, it’s that people come to this place to achieve their dreams just because they feel that the city propels their minds and enables them to become a pioneer in anything and everything they want to accomplish. This mentality is instilled in the minds of people all over India mainly because of the mythos attached to Mumbai – many inventive and aspirational individuals believe that they can reside in this city to tap into their dormant brilliance and become pioneers of their respective ventures.

Here are some of the many creative initiatives taken by some of the proactive artisans and aspirants of Mumbai.

• The slums of Mumbai aren’t exactly known for being bright and appealing. To add some much-needed colour to these places, Samir Parker decided to employ his designing skills and used bright, distinctive tarpaulins to convert the boring rooftops of these slums into a patchwork of different colours.

• Bollywood is an integral aspect of Mumbai, but the only way this is communicated is through film banners and hoardings. To promote this element, Ranjit Dahiya – a graphic designer and artist – started the Bollywood Art Project to map the cinematic history of Bollywood on the city streets.

• Mumbai is home to some of the most expansive slums in the entire world, with drab and shady locations lying right adjacent to towering skyscrapers and urban landscapes. In a bid to capture this contrast, photographer Johnny Miller decided to capture aerial shots of such situations to showcase a side of Mumbai that most people tend to ignore.

• Madhusudan D. Kambli was a sculptor who was tasked with sculpting a brilliant idol known as the Lalbaugcha Raja idol in 1935. His sons and grandsons have done justice to his legacy, amassing an excellent array of clients from the US, Switzerland, Australia, Holland, and France to deliver quality idols, sculptures, murals, and replicas.

• The city of Mumbai is littered with numerous instances of creative imagery and artistic expression. To capture different interpretations of the Hollywood of India, Pearl Academy is kicking off a new initiative with Salaam Balaak, called Mumbai By Design. The initiative aims to bring together different types and forms of design to encompass the glorious city of Mumbai.

The city of Mumbai holds a different artistic meaning for different people, and individuals from all over the world are contributing to this growing creative excellence in their own unique manner. The five initiatives mentioned above are just a few of the many efforts that have been made by people who wish to display their inventiveness in a city that propels the narrative of them being either an artist, a dreamer, a designer, or an aspirant.

This blog is part of the #MumbaiByDesign blog series. The first of which was published on Buzzfeed.