How Education And Cinema Can Create A Better World - Pearl Academy

How Education And Cinema Can Create A Better World 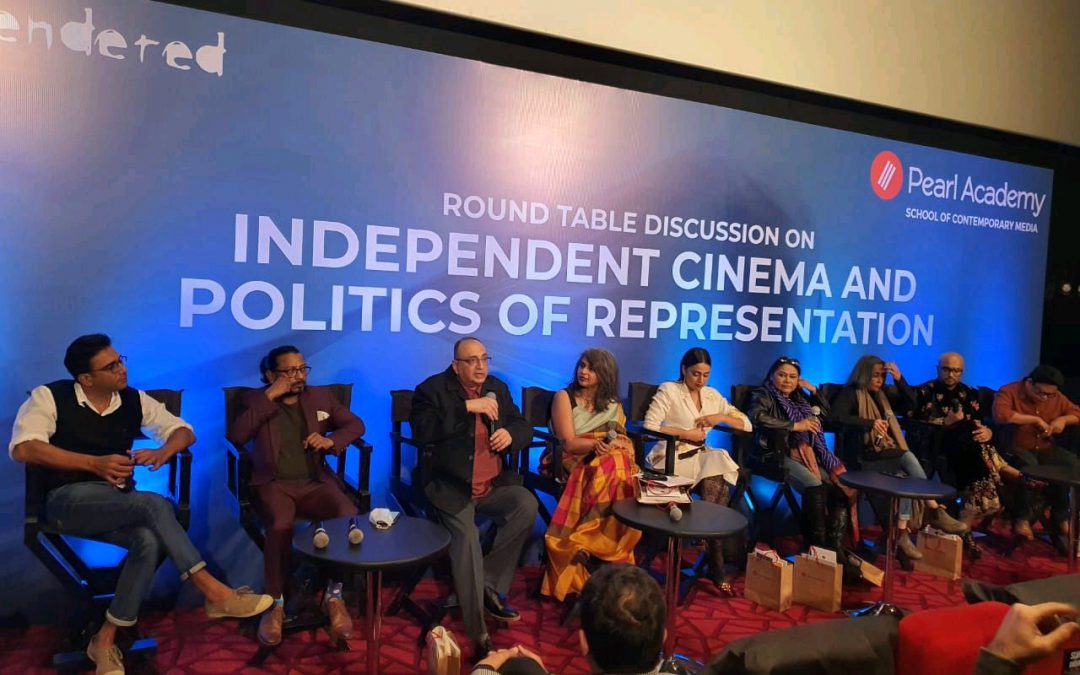 The power of representation

As a society, our collective world view is built by what we see around us. What we see and what we learn influences who we are and how we behave. I have worked for the last twenty years with young people in design and media education and see that both Cinema and Education have the power to challenge and influence social constructs and how they evolve over the years. Independent Cinema makers, the world over are taking the lead. From where does that power come?

Are there parallels between Cinema and Education? Is representation done consciously or unconsciously, and is there a scope for increased awareness in both? Could self-representation be a positive direction for further change? This post discusses these areas and creates spaces for further dialogue.

Parallels between Cinema and Education

Cinema has the power to start conversations, and Education has the capability of instigating discourse.

Cinema has the power to create a catharsis, and Education too can settle thoughts and aid catharsis.

Both Cinema and Education have the power to influence and change.

Cinema and Education both centre around the audience. The role of the storyteller is to make meaning of the message and the world and communicate that convincingly to the audience.

And both Cinema and Education have the responsibility to treat their messaging and audiences with care.

Cinema and Representation
Cinema once created for entertainment has had a far-reaching impact on changes in society. Indigenous folklore, including street plays and songs, have for years represented the state of today, the issues of today and the politics of today. Walter Benjamin, the German philosopher in 1936, wrote an essay which proclaimed that art and creativity are political and he used cinema as evidence.

Representation works like a magical game, conditioning the feeling of truthfulness, the imaginative engagement and the culture of each of the spectators. The study of the relation between cinema and representation is inspiring in a period where crises of economy, freedom, justice and peace dominate the global scene. Cinema has the power to represent society, and this choice of representation is a powerful one. It, in turn, influences the way society sees itself and the way we lead our lives. In any form of representation, one has to be conscious. Conscious of the power of the seer, and the power of the seen. What the seen is doing and how that influences and impacts society and its viewpoint. Independent Cinema is making conscious choices and gaining viewership.

In 1996 Deepa Mehta’s film Water brought to light the issue of homosexuality 24 years ago when the word was a taboo in India. Influenced by that, we have come a long way since then. In the same way, independent cinema has effectively focused the discussion on caste disparity, domestic violence, racism, single motherhood, child abuse, choice, displacement and same-sex relationships.

Education and Representation
At the same time, Education plays a vital role in creating a world view in the mind of the student. What students see and perceive about the world around them, positively or negatively shapes their expectations for themselves and from each other. What their teachers tell them and how plays a vital role. And who their teachers are. Diverse teachers, diverse leadership and diverse education cultures create higher expectations, healthier communities and better outcomes for students — and teachers. These outcomes impact not only the students and teachers but their families and companies with which they work.

Representation comes from the diversity of the teachers and students in a class. And as important in what they teach and how. Education has to be conscious of the changing world and continuously stay contemporary. It has to focus on the world of today and tomorrow. Representation in Education can be through content in storytelling, through the purposeful use of technology and by stimulating the student to reflect on current issues.

Most importantly, this happens through discourse and reflection, leading to a reconceptualisation of the world in the student’s mind. There are countries where the government mandates a political view in textbooks and media. Teachers and curriculum writers have to work with supreme consciousness.

The way ahead is exciting as more people have become aware of the power of representation. Social media has created peoples’ movements that have changed laws and shaken social constructs. Self-representation has taken a new meaning, especially in communities who feel suppressed.

Self Representation through Participatory Cinema and Education
Participatory Art and Cinema, especially in the area of identity and politics, has created a space for communities to represent themselves using a camera. Through their voice, they project the view of their community. This method has democratised representation and could take on new meaning in the future.

In the classroom, too, students have increased power in what they learn and do. The role of the teacher is to empower them to design and develop their learning specific to the context of each one. This learning then shared through collaboration leads the students to develop individual and group outcomes which have a broad impact.

Representation has started being taken into the hands of the represented, and that could lead to immense opportunities. There are critical questions though about the rights and responsibilities of representation and how this can shape future societies. The quality of communication and potential misuse under state control.

When I look at young people today and the ownership they take of their lives, of the world they aspire for, the road ahead looks hopeful and enabling. Yes, society will always struggle for a better tomorrow, but powerful tools like representation consciously used in the hands of educators and the media can have a far-reaching impact.