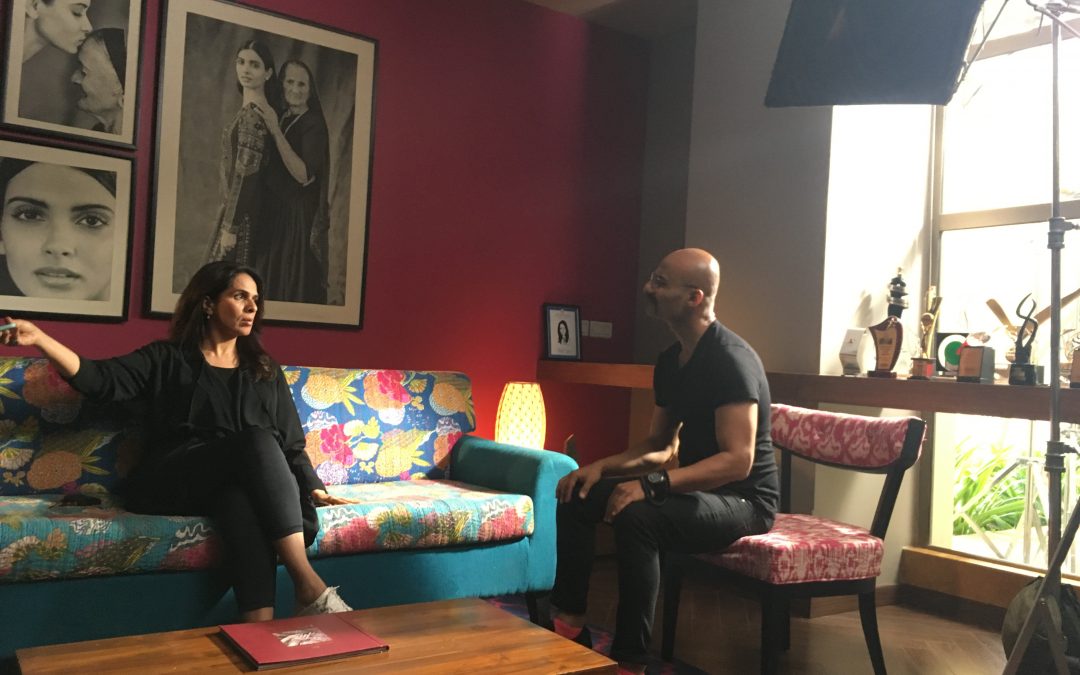 The morning of 16th September was one of those days that will make me smile whenever I think about it. Story starts with Manil and Rohit the hosts of ‘The Creative Indians Show’ giving us Pearl students a wonderful chance to accompany them to shoot for their shows upcoming Season 3 on the channel TLC! While the excitement within us was already pretty hight, it went soaring up when they announced that our celebrity guest was none other than Anita Dongre herself!

On the day of shoot, we were asked to be at one of her headquarters which was located somewhere in the heart of nature, surprisingly still in Mumbai. Looking at the building itself had so much to say, with the essence of ethnicity and smell of raw, fresh fabrics oozing out and famous art of Rajasthan incorporated creatively on walls you could be sure you are in Dongre’s abode.

From helping the set designers to create the perfect backdrop to clicking pictures behind the scenes gave us an amazing exposure and a real time experience of life on a set. We understood the complications and alogarithms that are solver behind the camera to get it look so smooth and easy on TV. Till then, shooting felt like lights, camera and action, cut, paste and sound, now we realise what actually is.

While shooting, we were able to witness Dongre’s bespoke craftsmen, who would religiously do their job and her staff completely dedicated to their work.

Not only were we given an opportunity to meet Anita Dongre but also share the couch with her and have a chit- chat session.

Can’t Thank Manil and Rohit enough for such an outstanding experience!
Watch out for their show- The Creative Indians on TLC!