Blending the Art of Digital Media: The new-age of Filmmaking - Pearl Academy

Blending the Art of Digital Media: The new-age of Filmmaking 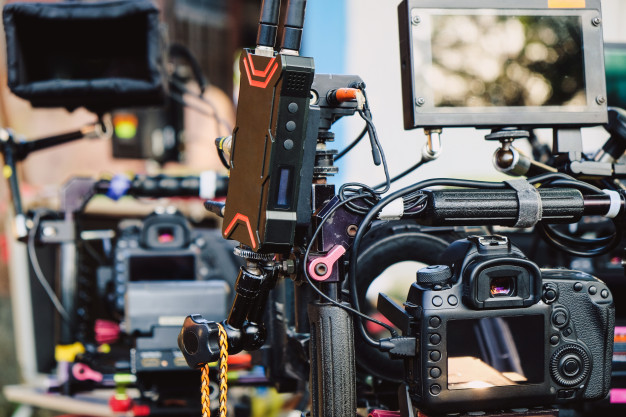 The art of filmmaking has developed extensively over the past few decades, with everything from creative evolutions to technological innovations playing a significant role in the transformation of the entertainment industry as we know it. A single glance at the history will help you understand how this art form has evolved over time, from black-and-white silent films all the way to the modern colourised CGI-filled blockbusters that we know and love to this day.

Keeping this statement in mind, it needs to be stated that digital media is also a crucial element that will play a significant role in propagating the new age of filmmaking. We’ve already mentioned the prevalence of CGI in the blockbusters of today, but that’s just a small aspect of digital media – the fact of the matter is that several other facets of digital media are taking over the entertainment industry by storm.
To further elaborate these points, here are some aspects of digital media that aspiring filmmakers need to know of.

Forming scripts with software
The task of writing a script is synonymous with filmmaking, but it’s essential to ensure that this activity is carried out efficiently. It’s all well and good to treasure the art of writing a handwritten script, but that’s not feasible in today’s day-and-age where people want to expedite processes as soon as possible, including in the domain of filmmaking.
This is where the concept of a scripting software comes into play, that will help streamline this process and ensure that the other aspects of filmmaking aren’t delayed as a result. Celex is one such scripting software that will handle all your project requirements, such as screenplays, films, videos, stage plays, audio content, documentaries, and anything else along the same lines.

Making the basics of sound editing universal
Audio design is a crucial aspect of making a film that resonates with the masses, making it the need of the hour for filmmakers to understand the best course of action that can be taken to improve their knowledge in this particular vertical. As is the case with scriptwriting, various software and tools have come up over time to modernise this element of filmmaking.
However, it must be noted that digital media is also a crucial element that will play a significant role in propagating the new age of filmmaking.

Examples of such software include Sound Forge, Nuendo, and Pro Tools, which will go a long way in ensuring that little to no problems come in the way of aspiring filmmakers attaining the means to achieve stellar levels of audio design.

The prominence of non-linear editing systems (NLEs)
With a pressing need for modern films to be edited as seamlessly as possible, non-destructive editing has become the norm in the industry. For the uninitiated, non-destructive editing refers to a specific form of image, video, or audio editing that does not modify the original content – instead, specialised software is used to make edits that seem natural and effortless.
To facilitate these edits, a non-linear editing system is used for the same. It’s a digital workstation that’s used for non-destructive video editing and is becoming common across most film studios. This makes it essential for aspirants to know about the functioning of this software to broaden their knowledge of digital filmmaking.

Digital media is taking over modern filmmaking as we know it, and the points we’ve described above detail out some of the many digital elements that are playing a pivotal role in shaping the entertainment industry as we know it. You’ll notice that there’s one thing in common with these elements – all these new-age digital media forms are reliant on software knowledge in some way or the other. Thankfully, Pearl Academy’s 11-month professional certification course educates students about the functionality and usefulness of these forms of software to develop and perfect their filmmaking skills.