Being Blunt with BBlunt - Pearl Academy 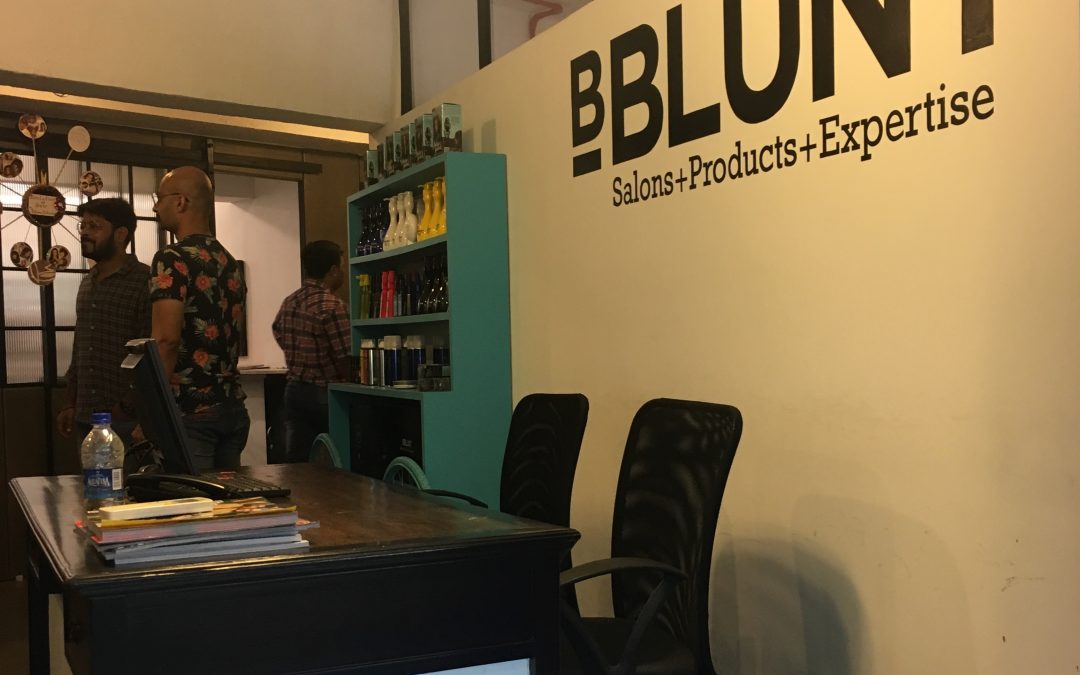 It was the moment that I saw the BBlunt Academy was when I realized that I was soon going to be interacting with none other than the beautiful Adhuna Akhtar and Avan Contractor – the 2 leading hairdressers in the Bollywood industry. For a moment I second guessed myself like – “What? Me?”

I entered the academy, and boy! Wasn’t it breath taking with the very fancy BBlunt products, all sorts of hair accessories and gadgets. The color scheme of the place added to the excitement! The place was sparkling with cameras, the scuffling of shoes, and the preparations were in full swing.

The BBlunt founder and creative director Adhuna Akhtar first launched her salon Juice in 1988, and the name was later changed to BBlunt. Her first bollywood debut as a hairstylist was for Dil Chahta Hai, and she subsequently went on to working with many forthcoming movies. Avan Contractor also made her way through Farhan Akthar on the sets of Dil Chahta Hai, and Adhuna and Avan were business partners since then.

Soon the interview commenced and it showed how passionate the two of them were about their work, and how genuine their love for each and every strand of hair on the head was. It was then that I learned that its not about obsessing over a good hair day but making sure they get all the care they require.

The two of them created a very warm and welcoming environment for everybody. They were very happy to be there and made sure they interacted with every single person in the room. Their warmth is reflected in the way they work as a team, and together they make their vision a reality.

Overall, as a media student, being with the team of The Creative Indians has helped me learn a lot about the ethics of a professional shoot, how to interact with people from different fields, and to look at every tiny detail of life with a lot of importance.