Pearlites at a Parliamentary Session event 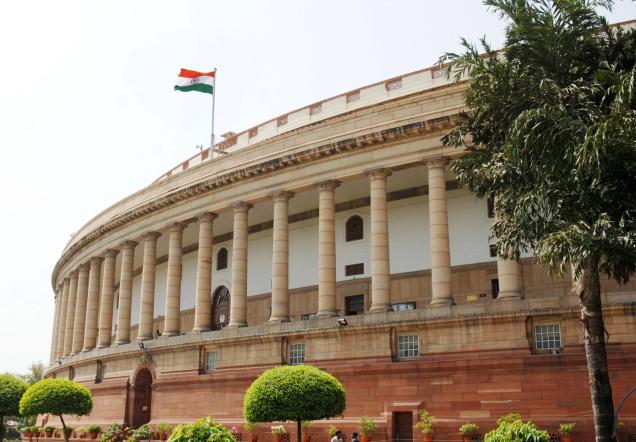 Have you ever thought about the debates which were organised during the school days could actually take a shape of parliamentary session?

Pearl Academy took an initiative to let the luxury brand management students experience the refined version of the parliamentary sessions. The session involved logic, argument, agreement, disagreement and rebuttal based on the concept of the Indian Lok Sabha. As the participants prepared themselves to represent MPs belonging to different parties, the debate promised to be one of the most innovative and exciting ones. Recently, three students of the LBM cohort participated in an inter-college event known as ‘Parliamentary session’ in Sydenham College. A one of its kind event, involved a lot of thought provoking turn of events and out of the box thinking. The aim was to create a platform for the future generation to unleash the entrepreneur and tap the creative side within them.

The students were given a topic to start a discussion around demonetization, and each of the participant was assigned a Ministry from the Parliament depending on their choice of the representing political party. There were 3 participants in a group, but the catch was that all of them had to be in a different political party. They were judged on their individual performances.

The participant who was representing the Prime Minster got 7 minutes to make the closing statement, the leader of the opposition was allotted 5 minutes. The rest of the ministers had 3 minutes each. Suha Ansari, UG GLBM Level 1, played Manohar Parrikar from Bhartiya Janata Party and with her play of words, proved to be a pain for the opponents. Rony Jacob, UG LBM Level 2, who played Mallikarjun Kharge, the leader of the opposition from Indian National Congress, opened the debate. Aghya Goel, PG LBM Level 1, who played Abhishek Banerjee from Trinamool Congress, actively participated in the debate, and bagged the best speaker award.

The debate went on for 2 hours where all sorts of questions were raised to clear all the doubts about this move of demonetization of the currency. Rony, Suha and Aghya gave well informed and impactful opening speeches and continued with zest in the question-answer round as well. At one point the debate got so heated that none of the participants could hear their own thoughts over the ruckus, giving a candid look and feel of a real parliamentary session. For their commendable performance, the three Pearlites were adjudged as the runner-ups in the category “Best Contingent.”

Pearlites with their work par excellence, have proved that they can bring laurels in each and every field and it makes us feel proud to brag about the success stories of our students.