When a picture won him a thousand words - Pearl Academy

When a picture won him a thousand words 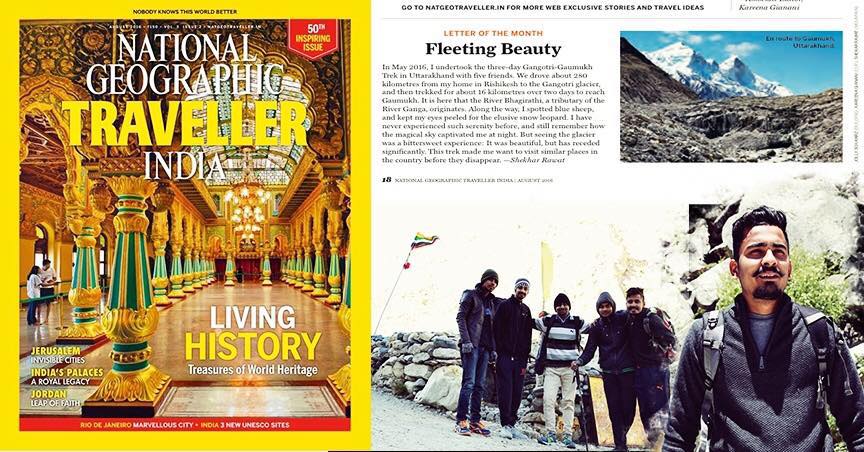 While the whole lot of our generation is obsessed with traveling and travel photography, there are very few who can inspire many with their stories and experiences. Shekhar Rawat, a freelance photographer from Delhi, recently shared his adventures with the world through photographs that captured the nuances of his experience as well demonstrated the mastery of his skill.

Shekhar with his team climbed up the Gaumukh, the snout of the Gangotri Glacier, one of the most challenging climbing routes across the world. The trek wasn’t only literally challenging but also denoted the challenges and trials faced by Shekhar in his career. But the climb up at the top also became one of the top defining moments in Shekhar’s life. His enthusiasm for the story and pictures he made while on the trek soon transformed into the feeling of elation and achievement as the story found its place in the National Geographic Magazine. The story named as ‘Fleeting Beauty’ featured in the 50th-anniversary edition of National Geographic Travel India Magazine which came out in August and has already reached a wide audience.

Ecstatic at the turn of the events, Shekhar said, “The Best Way to predict the future is to create it”. Reminiscing on his journey, Shekhar talks about his Professional Photography Diploma from Pearl Academy. He acknowledges the guidance of his teachers with a special mention of Rohit Dhingra who helped him in learning the precision and vision required by photographers.