Towards divergence in the age of automation - Pearl Academy

Towards divergence in the age of automation 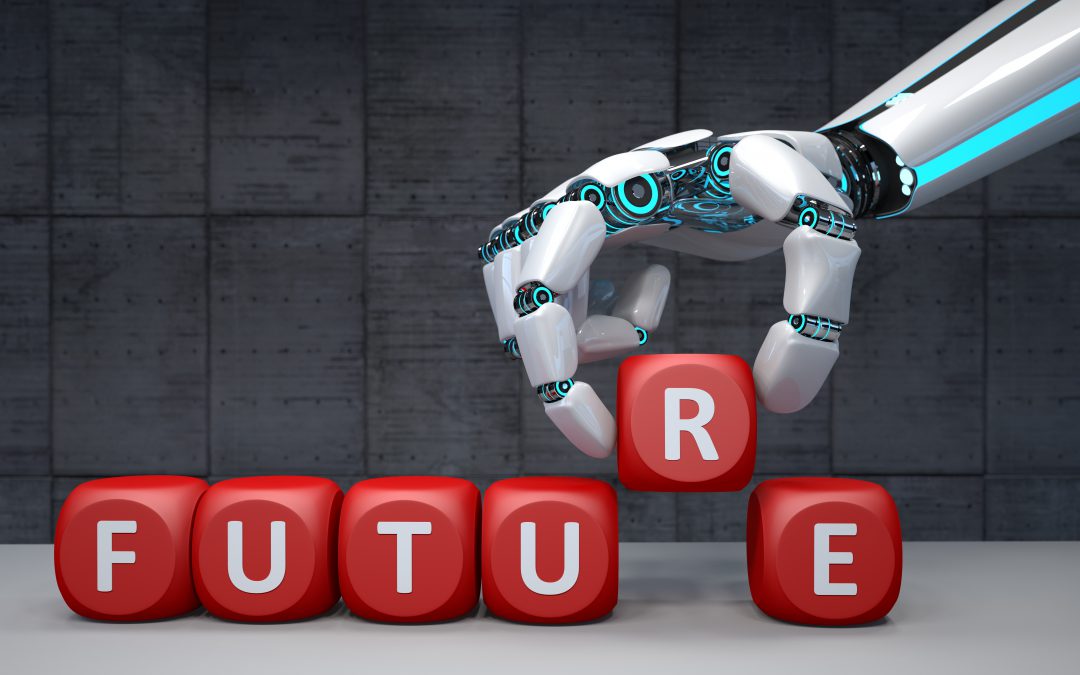 A case to reconsider the graduate profile of young designers in 21st century India.

Introduction
A large number of articles and research published globally in the last few years have spoken about
the looming threat of automation having a major impact on employability in the near future.
Automation – or industrialization as it was known back in the early twentieth century – is, in fact, no
new threat. Countless historians, both contemporary and latter-day, have talked about how the
Industrial Revolution changed the way people work, and how the imparting of skills and
knowledge in higher education took a radical shift towards a better understanding of mechanized
processes and of mass distribution of both products and ideas. Automation in this century has a
definitively digital flavour, and is akin to the previous century’s shift only in the quickly pervasive way
in which entire societies and cultures were dismantled and created anew. We are in the midst of a
major transition towards complexity and uncertainty in human interaction.

Research by the McKinsey Global Institute suggests that “Indian workers have a technical
automation potential – the overall share of activities that can be automated by adapting currently
demonstrated technologies – of 52 percent” (India Skills Report, 2018). This is tempered by the
same Report’s suggestion that, due to India’s infrastructure gap and other social issues, the change
will be sectoral and evolutionary – not revolutionary. This implies that Indian industry has some time
to adjust, and that job roles in the near future may not be replaced so much as changed. Working
alongside automation will necessitate different learning at all levels of Indian education, particularly
in professional studies at institutes of higher learning. This change is already being noticed at
design institutes in India. A quick tour of any design school will reveal that workshops using
traditional artisanal tools are not disappearing but are existing alongside more modern labs with
cutting edge digital media and equipment. A lathe machine very likely sits in a room adjacent to a
motion capture studio.

The Link to Academia
The impact this has on design education is at once significant yet unclear. The design industry in
India is still widely divergent and no one is quite sure which direction the country will ultimately
take with regards to specific employability factors. There are design firms partnering with local
skilled artisans to promote dying regional crafts, and there are firms harnessing the power of
computational design for rapid prototyping and production. Often this spectrum of work happens
in the very same office, within the purview of a single design associate. Thus design institutes must
prepare graduates for this full spectrum of skills – they must appreciate the old with the new, often
in less time than before, since employers have less and less time or resources to devote to the type
of apprenticeship model that companies followed in the past. Employers want graduates with
these attributes already baked in.
Where does that put academia? There has always been a perceived skill gap between academics
and industry, no matter how many colleges partner with industry for live projects or to impart
professional workplace skills. Does the gap widen with the necessity of adapting to automation?
What exactly are the skills needed for this adaptation? What if the skills quickly become obsolete?

The report on Future of Jobs in India (Ernst & Young, 2017) recommends embracing active
learning, learner-centricity, and life-long learning. However, these attributes have been
fundamental to design education from the start, so the implication is that design graduates are
better prepared for the future than other disciplines. Further, the same E&Y reports suggests that
Indian workers are well-primed for the ‘leapfrog’ effect in technological advancement, in which
traditional evolutionary trajectories that the West followed may often be skipped entirely by the
Indian marketplace. The telecommunications industry has been a good example of this, in which a
large majority of Indians embraced cheap mobile phone technology well before landline networks
were in place nationwide. Most of rural India skipped landline networks entirely and a majority of
Indians across the socioeconomic spectrum now use mobile phones directly. This required
divergent thinking.

Convergence and Divergence
Traditional learning systems in India have been largely convergent in nature, focusing on single,
linear solutions for problem-solving. There is a correct answer somewhere and memory and logic
will serve to find it. Design education, using divergent thinking, replaces this approach with an
open-ended system of problem-solving, where the answer may lie in multiple and perhaps infinite
solutions. Artificial intelligence now has the potential to do both our convergent and divergent
thinking for us. Traditional computational algorithms use memory and logic to solve convergent
problems far more quickly than the human brain, so fixed and formulaic solutions can be easily
solved. Jobs reliant on this ability are already vanishing – counting, sorting, calculating, producing,
searching, etc. are now firmly in the purview of simple computing systems (bin sorters, for
example) as well as artificial intelligence (internet search algorithms).
As illustrated in an article published in The Atlantic (Thompson, 2018), “when most people think
of AI’s relative strengths over humans, they think of its convergent intelligence. With superior
memory capacity and processing power, computers outperform people at rules-based games,
complex calculations, and data storage… What computers lack, some might say, is any form of
imagination, or rule-breaking curiosity—that is, divergence.” But advanced AI may even achieve
this. As processing power improves and better understanding of machine learning and quantum
networks leads to closer simulation of the human brain, then even divergent solutions can be
managed by AI.

The Human Factor
Where humans still have a role is in experience, which is where divergent educational models
come into play. With AI and automation increasingly being able to provide basic problem-solving
skills, design students must grapple with the choice between specialization and diversification,
even if it’s just to remain ahead of the technology and innovation curves. Currently, there is a broad
demand for design graduates to achieve broad, fundamental skills topped by specialized
competencies in a particular subject area or market segment. Hence, we have architects who know
how to draw, design, and render, and also have expertise in residential, commercial, or institutional
buildings. A typical employer may, for example, be a specialist design firm for the hospitality
industry and would demand architecture graduates to have some experience – even while in
college – of understanding the needs of the user group related to hotels and restaurants. In India
today, this characterizes the bulk of the design industry – employers looking for graduates with
fundamental skills in broad areas, with some level of competency in a specialization (e.g., lighting,
furniture, advertising, web design, etc.).

But this is starting to change. More and more design firms are starting to embrace the idea of
‘service design’, a divergent discipline in which the final design solution may not be known at all.
So now, a design firm no longer gets commissions only from hospitality clients, but from clients
who want a diversified solution to broad-based problem. So the solution is not just a beautiful hotel
design, but unified designs for staff uniforms, menus, signage, amenities, fixtures, products,
entertainment portals, websites, and communication systems, all preferably designed by the same
firm, under the same roof.

In the past such work was distributed to a variety of consultants all working independently and not
always aligned in purpose or even quality. Today, a client may request a designer to provide a brief
for which the design solution is not known – it could be a space, a product, an app… What the
solution actually will be could be one, some, any, or all of the above, and the designer must be
ready to provide expertise in multiple disciplines.
The impact of this is profound and necessitates a complete change in how design education is
currently conceived. A multidisciplinary approach cannot just be a feature of design curricula but
must be its primary attribute. Students must be encouraged to be divergent thinkers by exposing
them to design approaches outside of their chosen disciplines. Since the duration of design
courses isn’t increasing to accommodate this wider learning, specialization often has to take a back
seat, but perhaps this isn’t such a bad thing. Specializations that follow traditional silo divisions –
lighting, furniture, web design, app design – are fading because design problems are growing
more complex, and solutions are growing more divergent. Furniture is not just an object in space
but can shape the space itself and can also have embedded technologies. Thus, a kitchen counter
is not just a place to prepare a meal, but a place to have a conversation, with embedded screens
and smart controls to provide information and data as well. The lines become blurred, so that a
designer who sees a kitchen counter only as a piece of furniture to chop vegetables becomes
quickly outdated and outpaced by the designer who sees many more opportunities for innovation.
Automation, for the time being, cannot fulfill such a function. Certainly, AI increasingly has the
ability to observe patterns in human behavior and suggest predictive outcomes, but the ability to
use human interactive experience and associations still rests within the ambit of human designers.
Prior to its launch in India, IKEA – a global company well-known for its innovative use of industrial
automation – spent significant time in trying to understand the Indian consumer market by having
individual employees visit 1000 Indian homes. (Iyengar, CNN Money, 2018.) This was not done by
robots but by actual human beings who observed the way Indian families live and analysed the
data.

The New Graduate Profile
There is clearly a need to consider both convergent and divergent thinking in design education.
The traditionally desired graduate profile of a young designer – essentially a database of basic
skills and knowledge – is no doubt important, but employers will soon rely on digital information
systems for those attributes, and the young designer must embrace divergence in order to stay
relevant – and employable – in the future. In turn, the design institute must develop curricula and
pedagogy that fosters this approach and move away from stagnant models that require the
student to develop specializations that may not even exist by the time they graduate. Forward
thinking institutions need to amend their curricula now to accommodate this trend, and develop
academic models that allow for not one, but multiple (and someday perhaps, infinite) graduate
profiles that are flexible and adaptive enough to solve the multitude of problems that we can’t
foresee. This in itself requires a divergent approach so that we can design the right design
education for the twenty-first century.