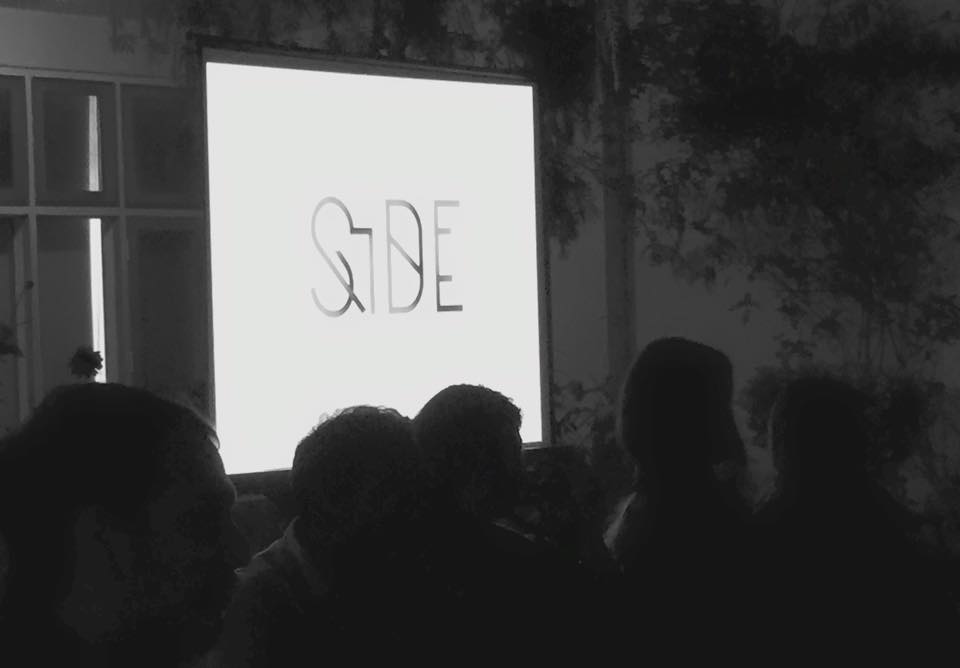 SIDE, an initiative of Pearl Academy, has become even more interesting this time with the inflow of national and international artists for the current residency at the Academy’s Kukas based campus.

SIDE with Rashmi Munikempanna and four international practitioners Guliz Saglam, Joanna Figiel, Amirtharaj Stephen and Maria Juliana Byck are investigating ‘Precarious Body and Work’ through this residency program. Under the same, these practitioners who have travelled from different parts of world to be a part of SIDE’s Residency, made a presentation at Mool Foundation’s premises. This was the first public presentation of SIDE where the residents engaged with the people from diverse fields who share the common interest of addressing and raising voice against prevailing social issues.

‘Precarious Body and Work’ is the first six week-long residency of SIDE that started at Pearl Academy’s campus in Kukas on 20th February, 2015. The objective of ‘Precarious Body And Work’ is to explore the conditions of work, ideas around wages, the factory, the school, the city, the mall. In this residency, the practitioners have come together to see how they can across the borders deepen their understanding of conditions that allow them to work or not work. The residency has been proven beneficial for the participating students as they get exposed to multiple cultures expanding their creativity quotient as well as sensitizing the Pearlites on social issues.

All four practitioners on the residency aim to bring positive change in the society through their work. Amirthraj Stephen (Documentary photographer, India) has been documenting the anti-nuclear protests taking place at Koodankulam village of Tamil Naidu in India; Joanna Figiel (Researcher, Activist, UK/ Poland) has been working on issues of labor for artists; Guliz Saglam (Filmmaker, Video Activist, Turkey) has been making films on women and labor issues in Istanbul and Maria Juliana Byck (Artist, New York) has been looking at care work and migration in different parts of the world.

Rashmi Munikempanna, Researcher, Facilitator, India, said, “The Residency has been designed to enable students and local communities to interact with different practices from different parts of the world and from India. Part of this is the understanding that a lot of what we encounter in our lives in India is impacted on by global forces. The Residency provides for the space to explore, think through, question and articulate the conditions that we find ourselves in.”

Guliz Saglam, Filmmaker, Video Activist, Turkey, said “As an activist I am a part of the feminist movement in Istanbul. I have made these films to share women work conditions and women solidarity campaigns. Most of these stories are not shared widely, and I choose to document these stories and share these movements with as many people as possible. I am interested in finding possible ways of solidarity among women around the world. Hopefully students will start to look at the women movements that are happening in India.”

Joanna Figiel, Researcher, Activist, UK/ Poland, said, “The current residency here at SIDE is meant to allow students to experience – beyond the current curriculum at Pearl – new ways of gaining knowledge and different ways of thinking about the nature of issues such as precarity, work, and labour in the particular setting of Jaipur. Our activities here as residents and our interactions with students are meant to open multiple discussions relating, among other things, to the students’ position as both consumers and products of the higher education system, but also (soon-to-be) workers entering the labour market.”

Amirtharaj Stephen, Documentary Photographer, India, said, “As an independent photographer I was able to spend a lot of time along with the people’s movement in Koodankulam (Tamil Nadu). This movement has been going on for over 1300 days and has not been documented properly by the mainstream media. I have taken my photographs into the streets and public spaces to share these issues with the general public, to inform and have a dialogue. We need to care for each other and be informed about such conditions. Many people are not even informed about ‘Fukushima’ which is very surprising to me. I’m sharing with the students how the image travels and how can we design the communication around it.”

Maria Juliana Byck, Artist, New York, said, “I work in community engagement through social practice. I hope that students will see that there are many creative ways to engage with the world around them, that they will be inspired to see life from different perspectives, and begin to speak, listen, and share with others in new ways.”

Concluding the session, SIDE team made an OPEN CALL for projects. Ideas around Work, Failure, Productivity, Organizing, Body, among many will be considered by the team for workshops, events, and other possible engagements.

SIDE is a post-academic space. It organized its first residency project in November 2014 and then onwards SIDE has generated interest amongst artists in national and international communities.

SIDE, an initiative of Pearl Academy is an organic community space for learners, educators, and practitioners from all disciplines. It is located on the Pearl campus in Kukas, a peri-urban area of Jaipur City. SIDE is organized in a way that learners form organic connections with resident practitioners. SIDE engages with learners in different roles as apprentices, participants as well as organizers for different programs.

Utilizing collaborative and participatory models SIDE seeks to develop a critical understanding of contemporary through the accessible and effective lens of Work.