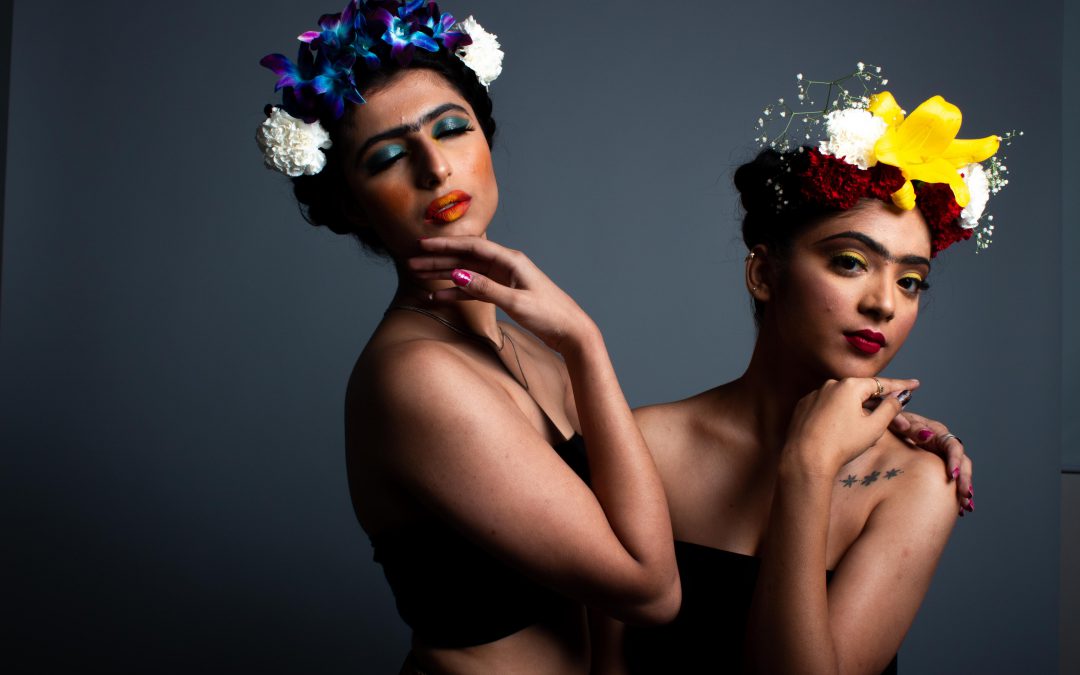 History is witness to the lives of strong, bold women who challenge the societal status quo and alter our interpretations of beauty. One such being is an inspiration to the very ingenious themselves. Frida Kahlo and her surrealistic paintings are an expression of a rare kind.
Standing 5 ft 2 inches and against many evils of the society, which still linger, she effortlessly voiced her pains, frustrations, the deepest and the wildest of emotions; something a woman would be condemned insane for in those time. Patriarchy led to her being overshadowed by her husband for the most of her life. It is in death that her melancholy language has come to be appreciated. This is her gift to all the delicate but rebellious hearts of then and now.

Her works are engraved with elements of Mexican folk culture – wearing an attire that defined her indigenous Mexican peasant clothing, making her an evasive figure – for she was not traditional in any sense of the word. She sought to examine the depths and complexities of being a woman. Proudly carrying her body hair, a visible unibrow with a feminine touch of flowers worn around the head, complete with a blush on her cheeks, even when she was barely a shy one – the signature look of Frida Kahlo is daring and iconic.

A woman stronger than steel, her fight with bronchopneumonia didn’t stop her from participating in a demonstration against the CIA’s invasion of Guatemala or from helping establish an asylum granted to Leon Trotsky by the Mexican government. It’s hard for one to miss the significance of the icon of feminism and daring beauty, and her influence across races and sexualities.

We, at Pearl, draw inspiration from her and continue to define our fashion with the deepest of emotions. Through various forms of our work, we rise far above the conventional concepts and make space for more acceptance of individuality in the world.
Inspired by Kahlo’s style, we played with a vivid colour palette to achieve a new alluring demeanour of her image, in an attempt to break the cliched ‘pretty girl’ look.

“People stop in their tracks to look in wonder,” said Edward Westin, who photographed her during her visit to San Fransisco in 1930. Frankly, so did we, seeing these student-models replicate her style with pride. Breaking chains becomes necessary to be able to walk with one’s head held high and in all glamour. Our heartiest thanks to Frida Kahlo through this interpretation for making the unexpected, beautiful. Her wit and originality is a landmark in the battles fought each day against the ordinary and the standard. Let these battles continue.