One man's trash is another man's treasure - Pearl Academy

One man’s trash is another man’s treasure February 26, 2015: Both Oxford and Urban dictionaries explain JUNK as “seemingly useless rubbish which sits around for months and is inevitably disposed”. Pearl Academy thought of using this Junk for better reasons than just disposing it. “JUNK COUTURE ” hosted by Pearl Acadmey at SGTB KHALSA COLLEGE  was judged by our faculty Ashish Dhaka and Sonica S. Khar from School of Fashion, Styling and Textile.

There were 2 rounds held for the competition where participants were to make garments using waste items like paper. CDs etc. Round 1 was dedicated to build the story line, teams were faced with a constraint of using only newspaper, adhesive and a board. With great enthusiasm 31 teams participated with 3 members in each and the ideas of all the teams were overwhelming. Few story-lines took audience on an emotional ride from being patriotic while few added the bollywood masala to spice it up, some shared motivation for social causes while some made it romantic with love stories. Top 10 teams got selected which evidently was a tough decision for the judges . For round 2 winning teams were to create a garment with theme “sustainability in future fashion” with old cds , newspapers , ropes , folks, straws and waste paper.

And then came Round 2 which was ridiculously amazing. Surely participants found the hidden designer in them and Pearl Academy helped them to do so. The event ended with some  jaw dropping presentations by the participants and it was concluded that there is an innate designers in Delhi university too 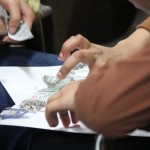 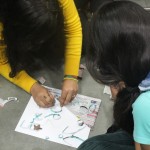 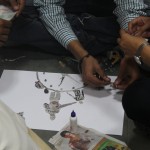 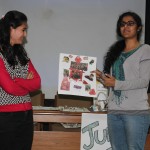 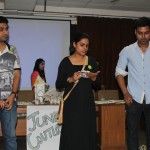 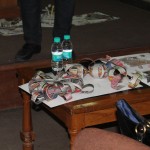 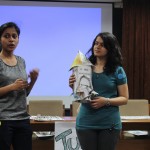 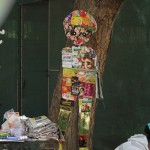 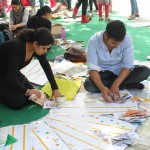 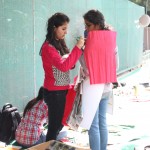 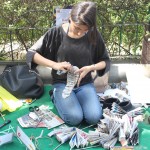 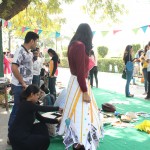 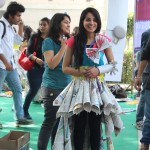 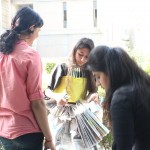 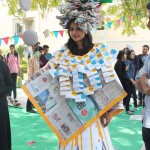 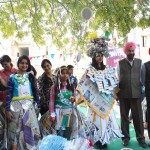 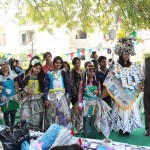