Once upon a time...with Walt Disney - Pearl Academy

Once upon a time…with Walt Disney 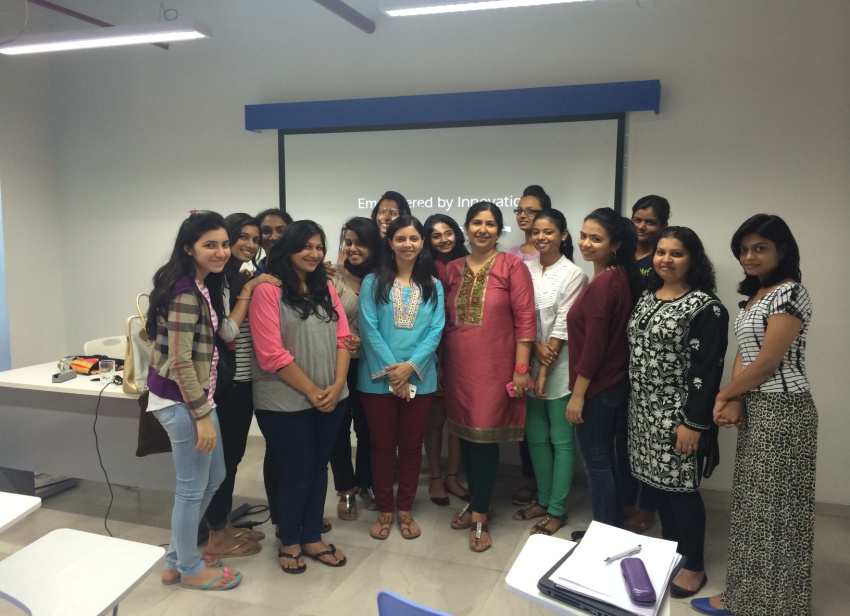 The words that amused and excited us as children; words that told us that there was something magical, something comical and something that was the stuff of our dreams that was about to begin; a story with some of our favorite characters.

Walt Disney pioneered the way as he created a plethora of “Once upon a times” for us with characters that are still near and dear to our hearts whether it was Mickey Mouse with his iconic ears, Minnie Mouse with her cute polka dot bow, Goofy goofing around with Pluto or the Disney Princesses dancing in their beautiful ball gowns and tiaras.

But in today’s day and age, Walt Disney does not only remain a creator of these characters that create a big part of each individual’s childhood. Today, it is one of the top animated film producing companies with Pixar, the 5th largest toy company, the biggest licensing company and most importantly the 9th largest Apparel Company in the world.

We, the class of PGFM, received a tremendous opportunity to receive a talk by Mrs. Mrunmayi Avachat, the former Creative Head of Fashion, Walt Disney. We got an insight into the concept of licensing and how product development takes place at Walt Disney for its apparel sector.

We all see Mickey Mouse t-shirts, Minnie Mouse inspired head bands, Hannah Montana pencil boxes but as students venturing into the apparel industry we might think about how the products were made or what fabric is used but none of us would have ever stopped to think about the characters that inspired these products.

Licensing is a concept where properties (characters) are licensed out to manufacturers, retailers or traders for a certain period of time to produce products with these properties such as apparel, jewellery, footwear and other accessories.

We are aware of the merchandise created for children but as we were informed Walt Disney has been trying to create merchandise for the adult market as well. Animated films have taken a turn to create an interest in the adults and are not called kids cartoon movies any more. Similarly, Walt Disney wanted to break through the mindset that Mickey Mouse and Minnie Mouse can only be appealing to the younger minds.

Walt Disney created a jewellery line in partnership with Popley and showcased their products at the IIJW. Their aim was not to make profits; this line was an “aspirational” attempt to showcase that these characters were more than kids’ cartoons.