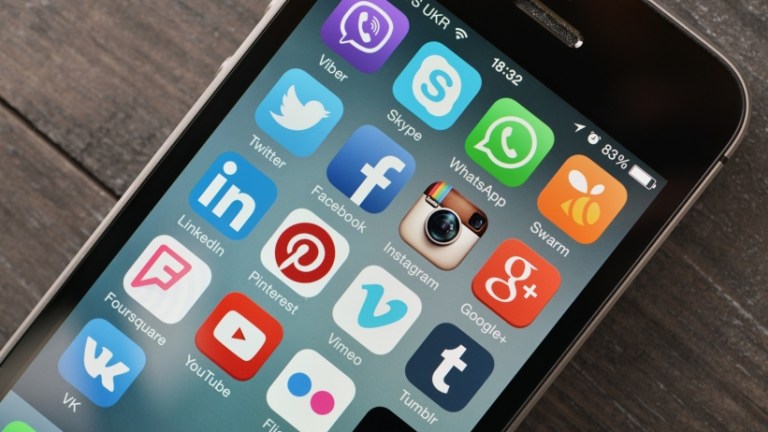 The way movies and television content are produced have changed drastically in the last few years. The explosion in information technology and the Internet has not just given rise to a platform and voice to talk about arts and culture – it has given rise to new avenues to produce, promote and distribute them. The way consumers access audio-visual content, that is, cinema and television content is also changing in a significant way. Nowadays, content can be distributed via multiple platforms: analogue or digital terrestrial broadcasts, satellite, cable or internet protocol (IP), over-the-top (OTT) or video-on-demand (VoD), video streaming services and apps. More and more audio-visual (AV) content – both in cinema and television – is being provided through non-conventional channels like OTT services and apps. Broadly speaking, the three kinds of recurring video content delivered on the web are through vloggers/personalities, commentaries and tutorials, and narrative web series. Narrative web series is providing an unparalleled opportunity for young, aspiring film-makers.
Growth
Technologies like shooting on digital media obviate the need for the presence of a ‘physical’ film (celluloid) or tape – the shots are all stored as a soft copy on the hard disk of a computer. Now, technology is also changing the way AV content is promoted and distributed.
Major Hollywood studios like 20th Century Fox have already done away with film prints, and the Indian film industry has also gone digital. Even digital ‘prints’ now don’t need to be distributed to reach the theatres physically; movies are now increasingly being distributed over satellite.
Streaming television is the digital distribution of television content, such as television shows, as streaming video delivered over the internet. Television networks and other independent services have sites where shows and programmes can be streamed online. Access to television programming has evolved from the computer and television access, to also include mobile devices such as smartphones and tablet computers.
Technology
Content-creators have come to realise that films can be made well using digital technology, including smartphones. Smartphones have taken over our lives so it should come as no surprise that movies are being produced using these devices. These are not just short videos, but real movies with actors, plots, directors and musical scores. Some are promotional tools for the phone-maker, but others are actual films. The internet now has a number of sites that provide information on making movies with just a smartphone. Smartphone manufacturers are taking note and so are app developers.
Streaming is the digital distribution of AV content over the internet, as in contrast to terrestrial transmission, cable transmission and satellite transmission. VoD is a programming system that allows users to select and watch/listen to AV content whenever they choose, rather than at a scheduled broadcast time. VoD uses IPTC technology to deliver content to television sets, desktop computers, laptop computers and portable devices. The content is offered either as streaming, in which a user selects a video programme and it begins to play on the device, or as downloading, in which a user downloads the content to a computer or a portable device, for viewing in the future. Internet television, which uses the internet, is an increasingly popular form of VoD. An online video platform (OVP), provided by a video hosting service, enables users to upload, convert, store and playback video content over the internet. Users generally upload video content via the hosting service’s website, mobile or desktop application, or other interfaces. OTT is a term used to refer to content providers that distribute streaming media as a stand-alone product directly to viewers over the internet, bypassing conventional telecommunication, multi-channel television and broadcast television channels. OTT players traditionally act as the controller or distributor of such content, like Netflix and Amazon Prime, as well ‘skinny’ television services that offer access to live streams of linear channels similar to a traditional satellite or cable television provider, but streamed over the public internet instead of over a closed, private network with proprietary equipment such as set-top boxes. OTT services are typically accessed via websites on desktop computers, apps on portable devices such as smart-phones and tablets, digital media players, and smart television sets.

Content
AV content on new media varies from full-length feature films produced by major studios to short videos and very short videos produced by individuals and amateurs. Most major television channels now have new media platforms. Some legacy channels have experimented with stand-alone content, or web series, which is available exclusively over their new media outlets. For example, ‘Sarabhai vs Sarabhai,’ which had 70 episodes in the first season, and was released as a web series in 2017.
‘Sacred Games’ was the first Netflix original from India, released in 2018, and is likely to have another season. ‘Inside Edge’ was the first Amazon Prime original from India, and its second season has been confirmed. Even Shabana Azmi, known for her powerful roles in parallel cinema, is set to do a web series titled ‘Moghuls,’ based on the life of Babur.
Several artistes have made a mark through new media with their independently produced short videos on a variety of genres, including music, comedy, cookery, health advice and short tales. YouTube stardom is a new phenomenon in India. India’s top YouTube superstars include Sahil Khattar, who features in Being Indian, Bhuvan Bam, who does music as well as short comedy videos, Sanjay Thumma and Nisha Madhulika, who do cookery shows, Sanam Puri, who does music, Shruti Anand, who does a make-up show, Kanan Gill, who does comedy, Ranjit Kumar, who reviews gadgets, and Vikram Yadav, who does a health show.
Marketing
New media is also important for marketing of AV content because the cost of promotion for movies decreases dramatically. Social media enables movie marketers to measure and interact with the audience. If the marketer can convince fans and movie-goers to talk about the movie on social media, the audience expands. Hollywood movie ‘The Hunger Games’ posted two versions of a popular song on YouTube, and these received over 20 crore views. In 2013, producers of ‘It’s a Disaster’ decided to publish the entire movie on a mobile app called Vine (Vine was a short-form video sharing service where users can share six-second-long looping video clips) in six-second segments. They issued a press release, saying on a sarcastic note, “…six-second loops of video … posted in real time will be the future of film distribution. While we still endeavour to release films via some other methods, we didn’t want to be left out in the cold and we are proud to be an early adopter of tomorrow.” Similarly, an ARG was created for ‘The Girl with the Dragon Tattoo’ by 42 Entertainment, a marketing and entertainment company. It was called “Mouth Taped Shut.”
In India, movies like Bajrangi Bhaijaan, Prem Ratan Dhan Payo and Bajrao Mastani used new media for promotions, including YouTube, Facebook, Twitter and Instagram, although they did not have official websites. Prem Ratan Dhan Payo also used apps like Dubsmash (Dubsmash is a video messaging application that allows users to choose an audio recording or sound-bite and then record a video of themselves dubbing that piece of audio) to engage with the audience.
Several new media distribution platforms are available for AV content. These platforms either offer content from their libraries, or content produced in-house, or a combination of the two. For example, Netflix, Amazon Prime, Hotstar, Voot, OZEE, ALTBalaji, SonyLIV and Eros Now. The video streaming space has been one of the most successful avenues in the Indian content market space and is poised for rapid development.
A major fall-out of the advent of new media has been that content-creators can express themselves in a better, more powerful and a more penetrating way without having to bother about the nitty-gritty of distribution and the legal procedures that come with it. Their voice is heard by a higher number of people without the authorities watching over the shoulder, a big boost to freedom of expression and to democracy itself. Content-creators need no longer be worried about the shackles and can work unfettered to take their message to the masses.
The most significant change that new media has brought for movie and television producers is the liberation from the restraints of censorship. Content-creators now don’t need to – if they choose – get their content approved by an institution created by the government. They can deliver the content directly to their audience, and let the audience decide what is good and what is bad for them.
The concept of freedom of expression has acquired a new dimension with the advent of interactive storytelling, which has become possible only because of new media. Interactive storytelling (also known as interactive drama) is a form of digital entertainment in which the storyline is not predetermined. The author creates the setting, characters and situation that the narrative must address, but the user (also reader or player) experiences a unique story based on their interactions with the story world.
By: Anand Bhisey, Associate Professor, School of Media, Mumbai Campus