Key Trends Identified At This Year’s What’s Next Events 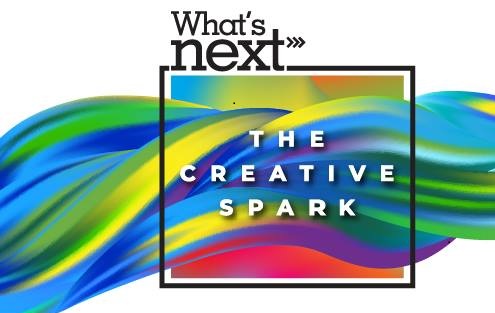 Since the year has started, students have already been exposed to valuable insights and knowledge from industry specialists and experts via the What’s Next event platform. The two events – What’s Next – The Creative Spark (February 22-23rd), and Whats’ Next in Digital Entertainment (March 15th).

The Creative Spark confluence aimed at building a creative bridge between experiments in technology and their potential to make a positive social impact. This theme covers how advancements in technology can make us imagine new and changed futures. One of the hot trends in today’s world of technology and automation is artificial intelligence. A view which was debated and deliberated was the extent to which AI is being used today and whether we as humans are controlling its functions or these devices are controlling us. Humans are the ultimate form of intelligence, and machines should just be referred to while making decisions as opposed to these machines making the decisions themselves.

Another intriguing trend spoken about at this event was the pervasive use and impact of social media today. Social Media has commonly been lauded for its ability to act as a tool or platform for businesses to target their audiences efficiently. However, from the non-business aspect – the major fact of discussion was whether social media is making us humans more selfish and self-centered. The belief is that the presence of social media has mitigated actual real-life interaction. The rebuttal for this viewpoint brought up by a panelist was that social media channels have enabled humans to stay in touch with individuals they generally would not. The rising number of school/college reunions organised on these channels is a testament to this point.

What’s Next in Digital Media, which took place in Mumbai on 15th March aimed at exploring the control and impact of digital entertainment on the virtual communication revolution. It collaborated outlooks and opinions of a host of respected keynote speakers and specialists from the digital entertainment world. These experts included employees of entertainment organisations like Network 18, FICCI, Star Plus, Mid Day. Filmfare Magazine and more. The following themes discussed were –

● Future of Entertainment Content in the Digital Age – Topics of discussion regarding this theme pertained to the changing landscape of digital entertainment. Traditional forms of video content have died out, slowly being replaced by streamable content. Platforms like Netflix and Amazon Prime have become the prime source. This is mainly due to factors such as increased connectivity in the form of data packs and enhanced wifi packages. Another contributing factor is the growth of local, regional Indian content on channels like VOOT.

● New Business Models in Digital Entertainment – Panelists explained the viability and importance of modern marketing models used by organisations to compete in the digital space. These models include pay per click, content marketing, and engagement metrics. Data can be used to understand consumer behaviour and patterns through analytic tools such as Facebook and Instagram analytics. Using social media is a necessity for businesses since it is bound to grow and expand in the future.

● Bridging Skills Gaps and Talent Grooming For The Digital Age – This theme studied the country’s dynamic media industry and the advent of mobile journalism. Augmented and Virtual Reality have also developed as evolved and modern media landscapes.

Practical knowledge in the form of interaction and engagement with industry maestros is one of the indispensable forms of educating students. In the volatile digital world of today, it is imperative for students to learn from the best when it comes to technology and its uses in the years to come.