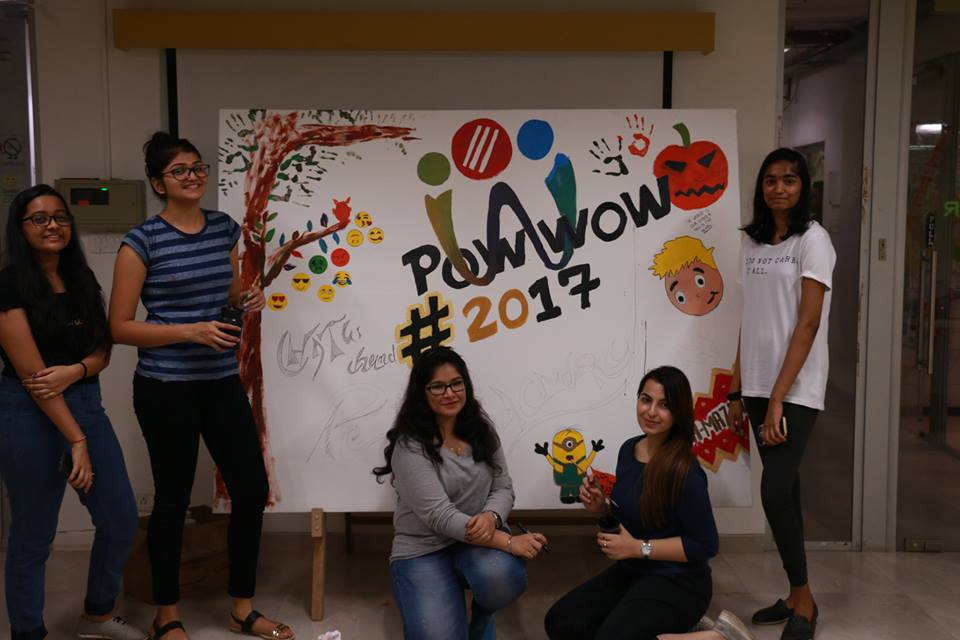 Pearl Academy welcomed a new wave of creative talent into its fold on 21st July. On a bright sunny morning, a fresh batch of Pearlites walked through our gates and into their future.. The campus bubbled with excitement on a the first day of college as students explored their surroundings while chatting with each other about which workshops to enroll at Pow Wow Moda 2017.

The word “Pow Wow” is a Native American term referring to a traditional ceremony using song, dance, feasting and ritual to bring unity to the tribe.Similarly, Pearl Academy’s Pow Wow is designed to integrate Pearlites harmoniously with their new community, weaving a culture of co-creation and interdisciplinary learning. Through this event, they are encouraged to “unlearn, unshackle and understand” who they truly are as individuals and artists.

A supercharged series of workshops introduce students to a wide-range of learning experiences with artistic pursuits at the core of their agenda. Through theater, writing, photography, dance, music and other modes of performance and self expression, the new students bonded with each other and initiated creatively charged networks. These high energy, interactive sessions celebrate culture, inspire students to have an active voice and to foster a sense of belonging at the college.

The percussion workshop led by Joyjeet Mukherjee pushed the new students right out of their comfort zone on day 1! What better way to break the ice, smash small talk and awkward first interactions out of the way than by forming a drum circle on your first day of college? Inhibitions were blown as the group tapped into primal rhythm and spontaneous beat making exercises together. 24 enthusiastic teenagers were introduced to a variety of surfaces and materials to create music. By sitting in a circle and using just bamboo sticks and their vocal chords- they struck up a wordless symphony on the spot.
The vibrations of this group reverberated through the hallways and dissolved any and all social anxieties that were initially brought into the workshop. 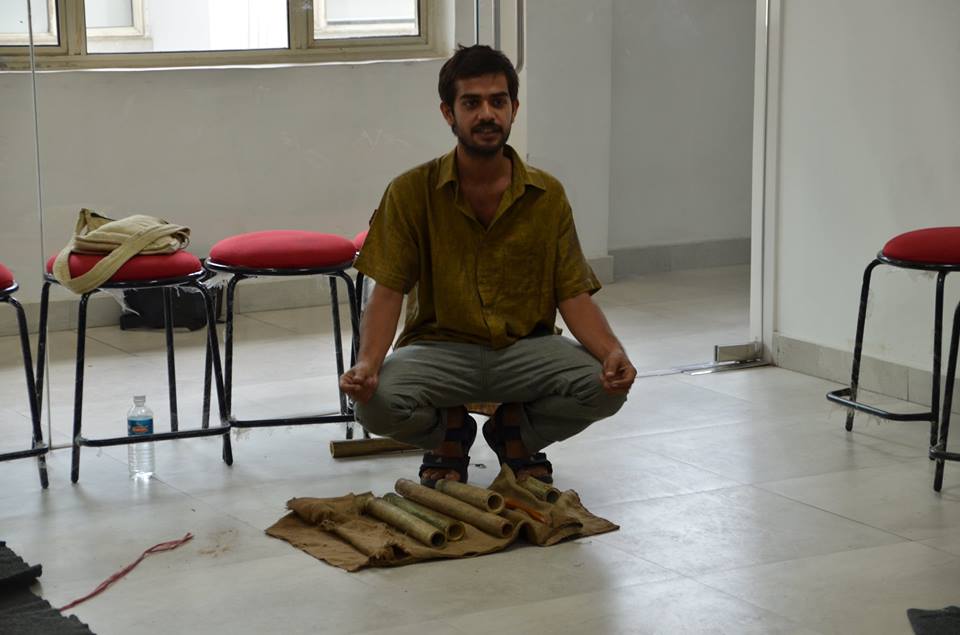 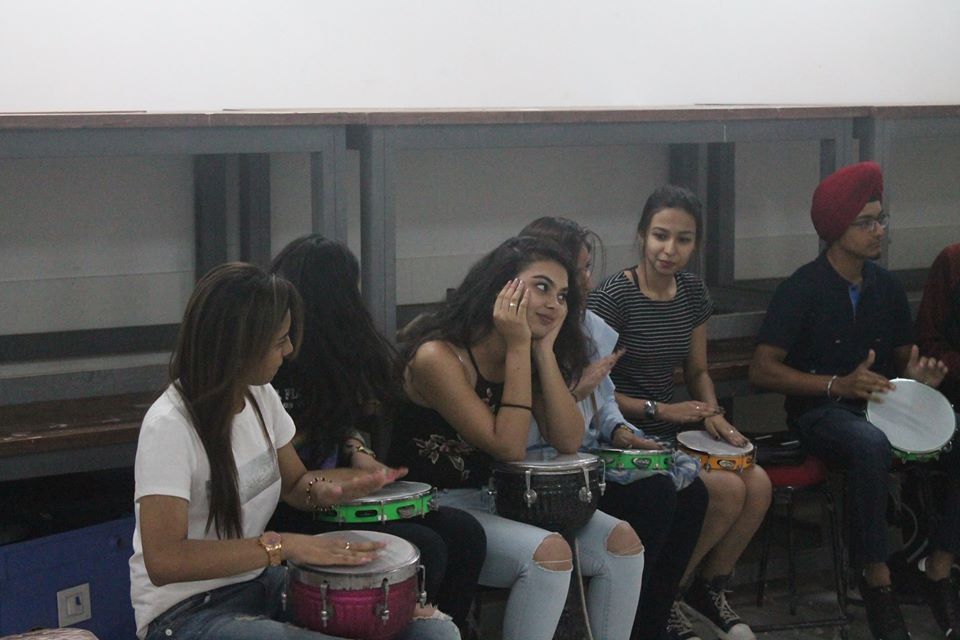 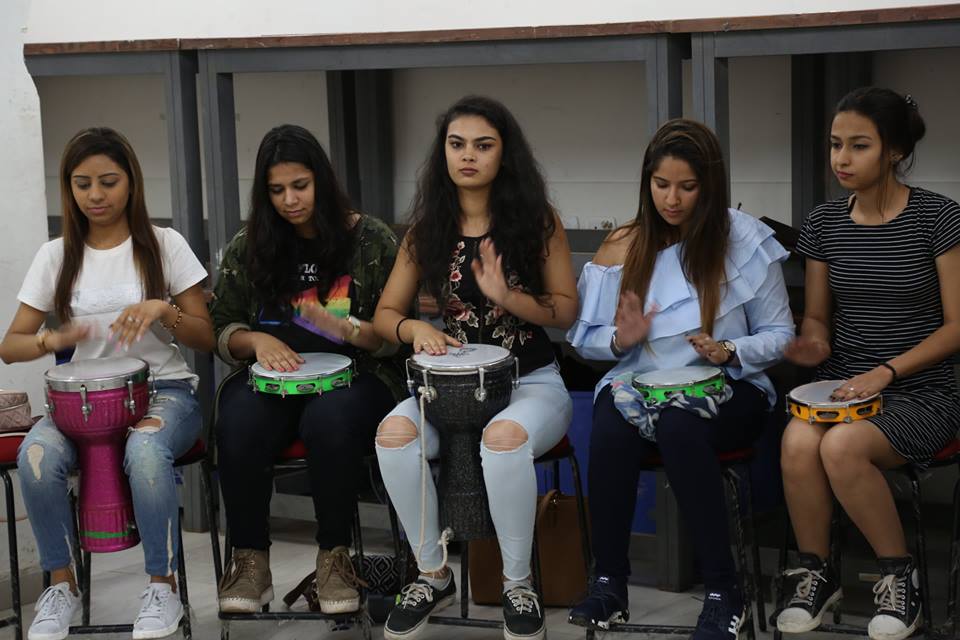 Aseem Trivedi is a political cartoonist and human rights defender, best known for his anti corruption campaign Cartoons Against Corruption. He is the publisher of ‘Black & White’, an online cartoon magazine for human rights and a founder member of Save Your Voice, a movement against internet censorship in India. He also happened to be at Pow Wow Moda 2017 leading a caricature workshop for the new students! Students were introduced to a variety of comic strips that exposed them to the power of satire, humour and comedy to spread impactful political and social messages. They even busied themselves with their own caricatures, taking cue from the famous activist to develop meaningful stories and characters of their own. 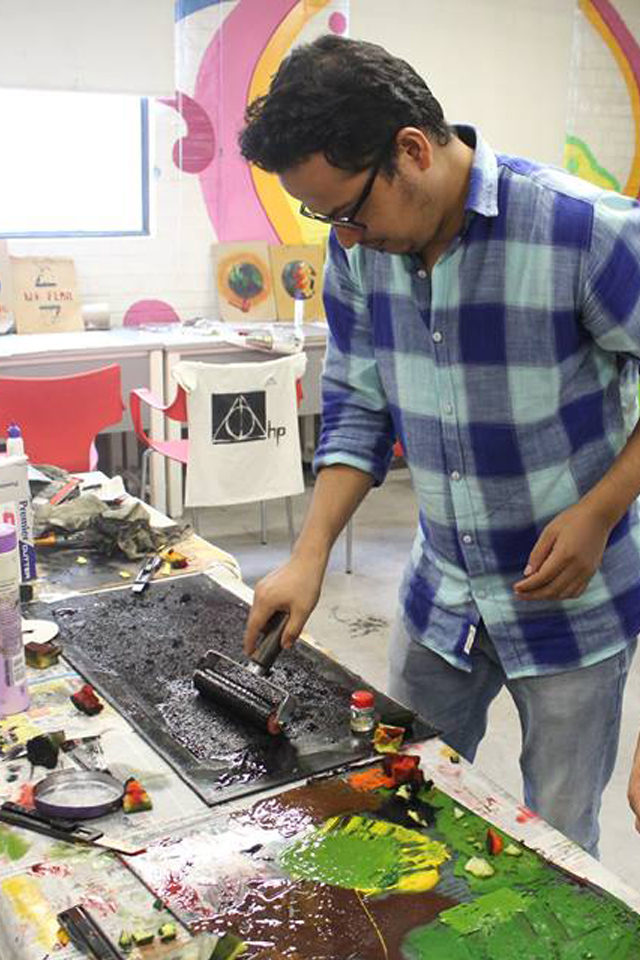 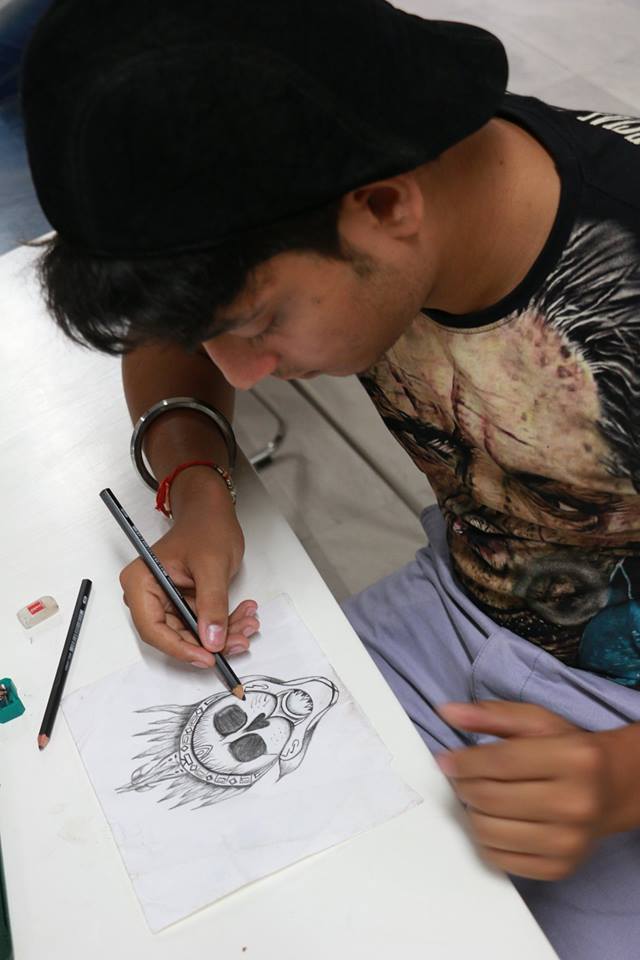 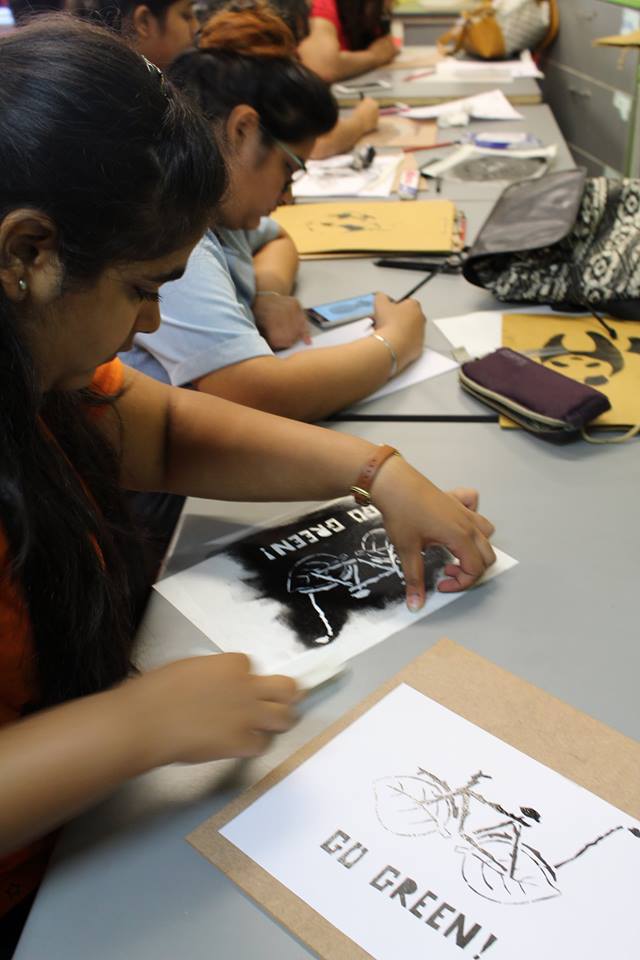 The new students were encouraged to get crafty right from the very first day of joining Pearl Academy. They learnt how to make the perfect pinhole from scratch and explored all the possibilities of working creatively with low tech photography. Participants of Shiv Sharma’s workshops combined efforts in groups of 6 to learn the basics of camera mathematics and principles and finally develop a fully functional pinhole camera at the end of the 3 day workshop. They merged the wonders of science and art using nothing but scraps of cardboard, blank electricians tape and a straight pin! Believe it or not, they even produced real photographs at the end of the day with their new inventions!

Workshop Example 4- The Art of Storytelling

The workshop led by Abhinav Sabyasachi brought 24 students together and sharpened their public skills through the art of telling a story. They learnt that a good public speaker takes their audience on a journey, leaving them inspired, touched or amused. The workshop challenged students to break out of their shells and stand fully exposed under the spotlight in front of their peers. Some of them were shy and required coaxing to stand up and tell a tale, but with the facilitator’s expert guidance and the warm encouragement of the entire group- they opened up easily and began to tell stories from their personal experiences or as figments of their imagination on the spot. The workshop allowed students to bond with each intimately on their first week of college and shake off any fears they might have about communication and performance. 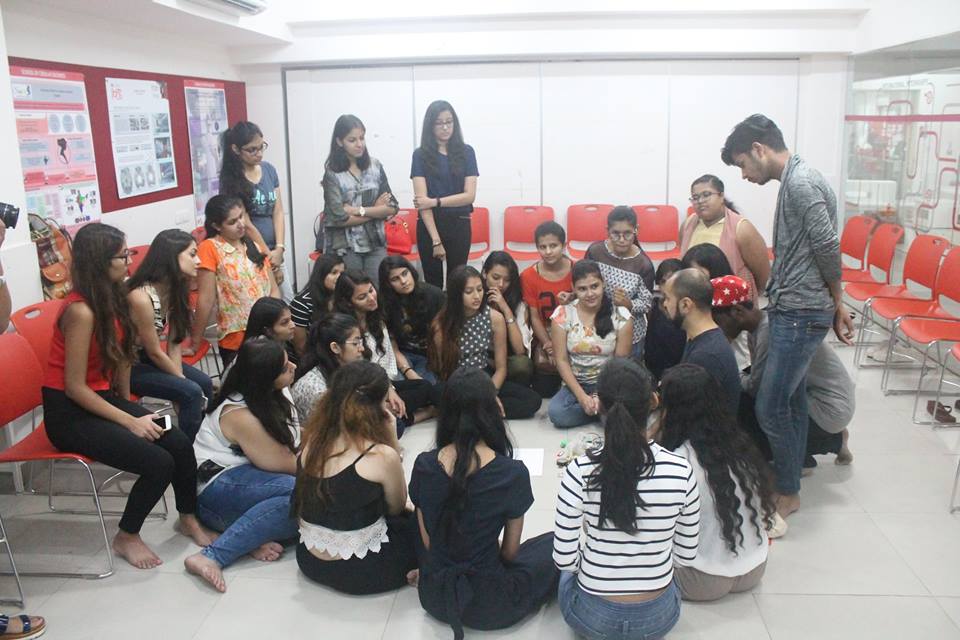 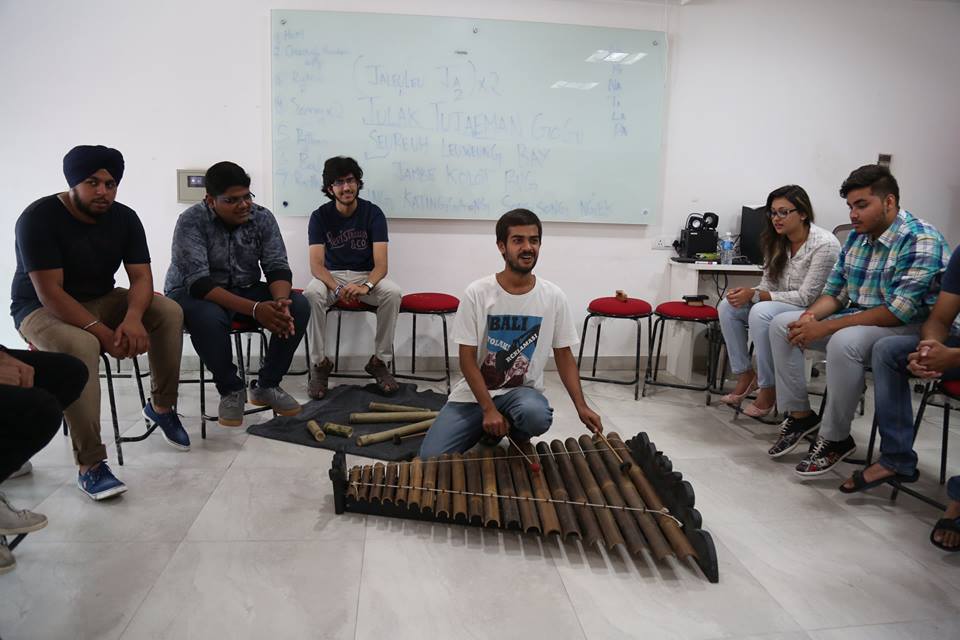 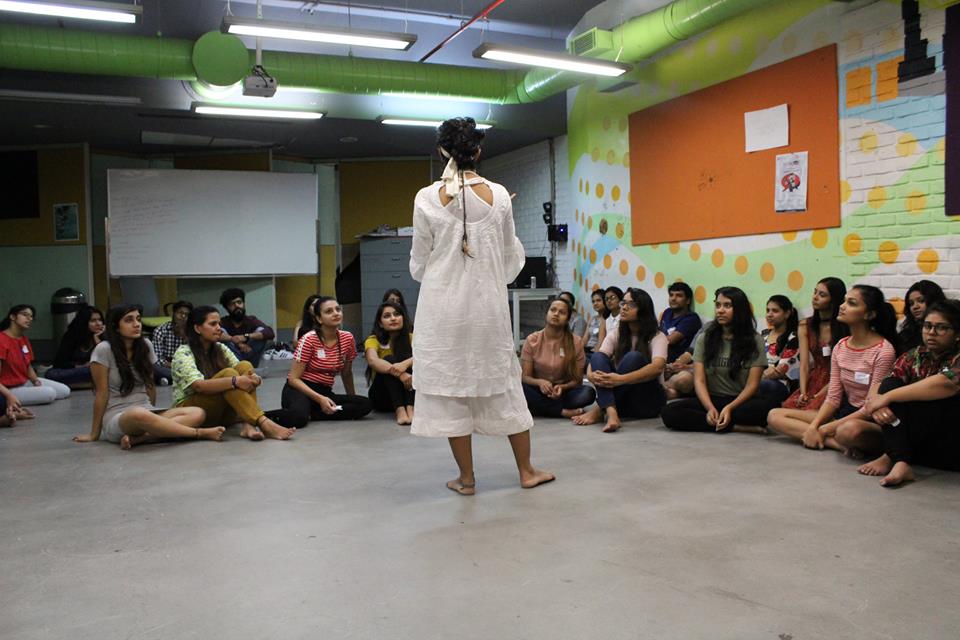 The first few days of college can be intimidating for new students. They arrive excited, but uncertain about their new surroundings and peers. Pow Wow Moda was the perfect large scale icebreaker conducted across all campuses to make sure that new students are initiated into a system of collaborative learning. Our list of workshops included games, craft, performance, public speaking and design thinking to get students comfortable working together in teams as soon as they join our fold. Freshers arrived on campus as complete strangers to each other. However, by the end of their very first day of Pow Wow, they formed new relationships and socialised as tight knit groups with a common purpose. Through art, music, theater, laughter and performance, a new community was born and strengthened at its very inception.