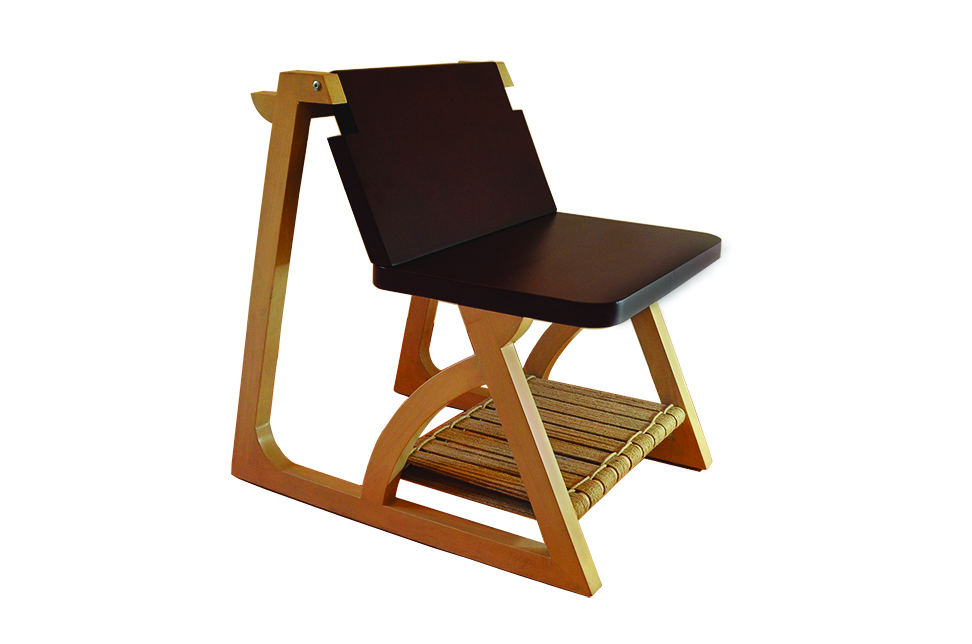 In today’s age, most modern cities are experiencing a shortage of space. The average living area is getting smaller and smaller in size due to high population density. For instance, in China’s Beijing, the average living area is only 21 square meters per person. Transformable space saving furniture is designed based on the concept that the furniture’s design must involve at least two forms of appearance and function. It should have both an ordinary appearance and transformed appearance. This saves the owner time, space and money. Angad used this premise of thought and designed a product for compact spaces.

Going ahead with this was no easy task. Several factors needed to be taken into consideration before the final product was made. The form of the product needed to integrate with it’s surrounding space.. After several iterations exploring various permutations and combinations, a concept was finalized that balanced all the parameters of dimension, functionality, shape and surrounding space. Based on the selected combinations, a product was finalized and fine-tuned to ensure that the form integrated the function without foregoing the aesthetics and the other parameters as well.

Since the attempt was to make a multi-functional product, it was important to integrate as many necessary functions within a compact packaging. To do this, the different components of the product were utilized to serve the required function; one part, two functions. All this effort resulted in a successful multi-functional product that saves space!
ANGAD GHOSH
School of Design
Cohort: IPD 2012-2016
MENTOR
Srishti Bajaj
Pranay Mangrati