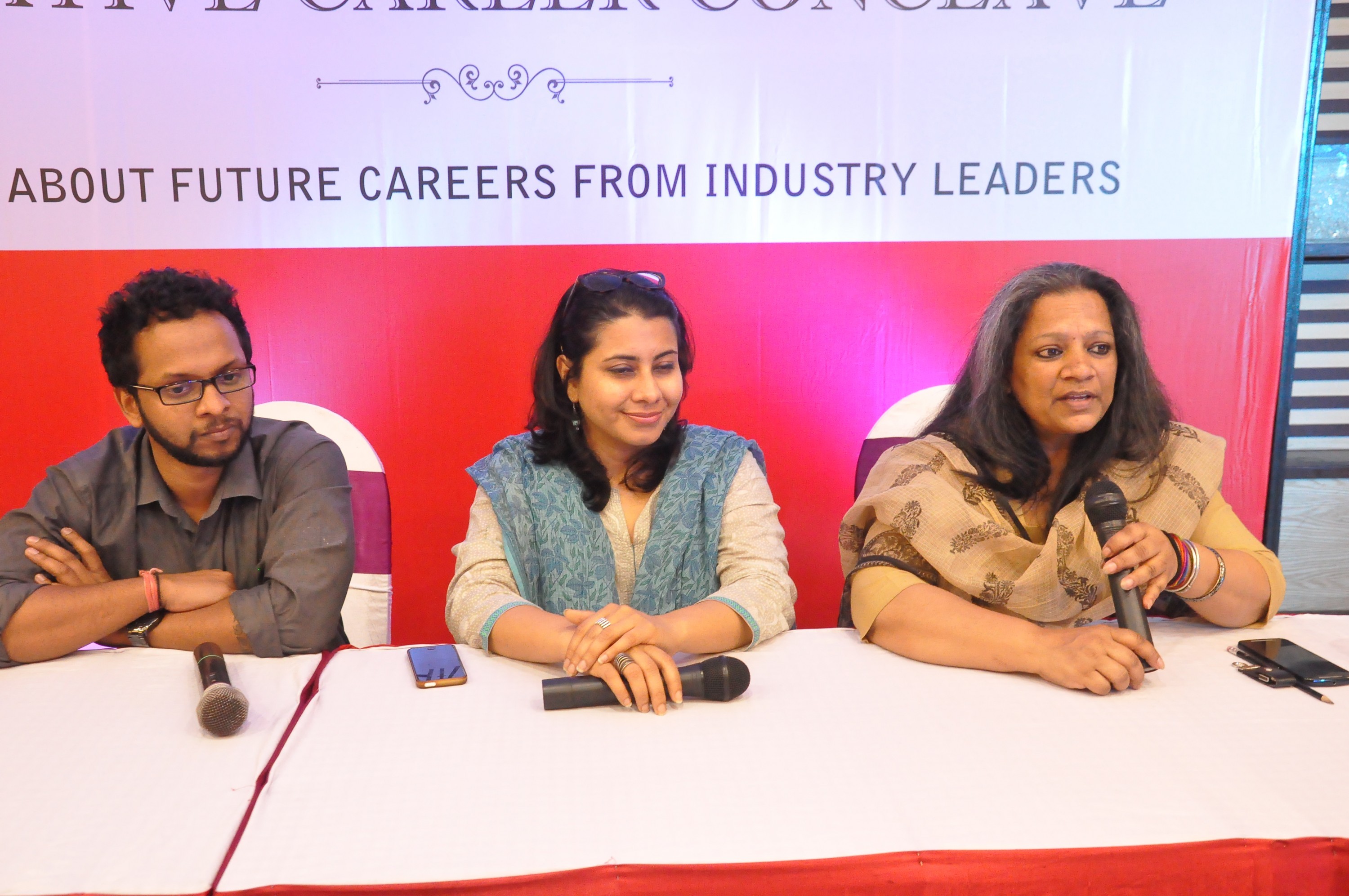 Our Noida campus hosted their latest round of Creative Career Conclave at Hotel Royal Cliff in Kanpur. An initiative of Pearl Academy, CCC is a platform to bring the representatives from creative industries face to face with the parents and students to sort the latters’ queries, doubts and fears regarding a career in the design domain. Mr. Rajeesh Ravindran, Strategist & Research Expert; Ms. Shrishti Bajaj, Founder & Director, Designbait and Ms. Usha Iyer, Advertising professional and Design Educator, were the esteemed speakers at the conclave and addressed an audience of more than 150 students and parents.

Ms. Nien Siao, Director, Pearl Academy-Noida campus, said, “Creative Career Conclave is an initiative that addresses parents and students’ curiosity and apprehensions on the options beyond the conventional careers. Basis each individual’s creative intelligence, the world of design has so many careers to offer the aspirants that would not only make the designers grow in India but also open a gateway for them to work with intellectuals at foreign shores. Through such conclaves, our larger agenda is to create a direction for students, looking at opting for careers that might not be seen as the most favorable ones due to the lack of information on the kind of future that they might have after pursuing a creative course in various fields of design, creative businesses and fashion.”

At the Conclave, each of the esteemed personalities addressed the students, giving insights into prolific ways to use their innovative bent of mind. The conclave was well received by all the participants who expressed their interest in future conclave and interactive platforms of similar nature.