Are we ready for the real world? - Pearl Academy

Are we ready for the real world? 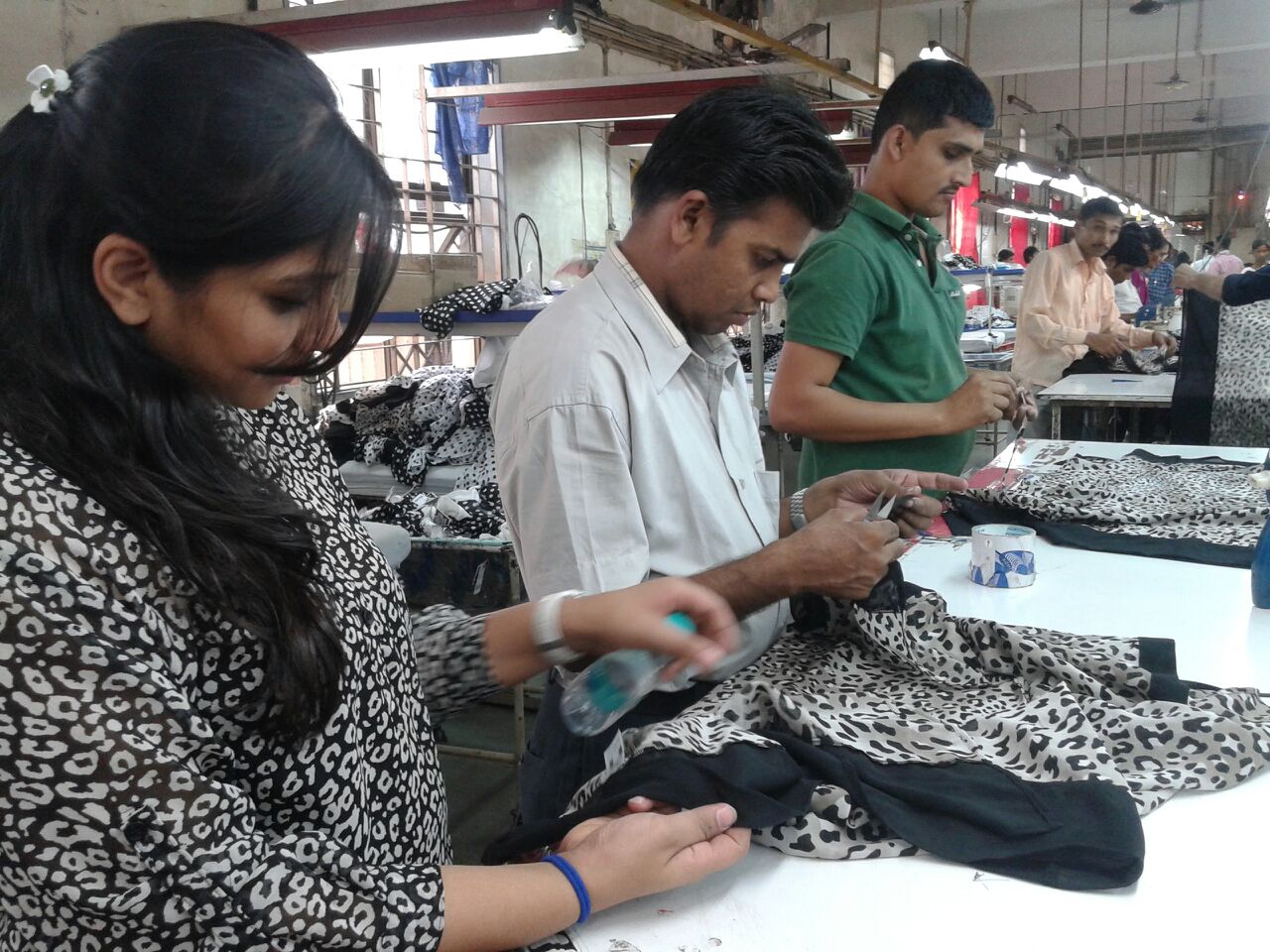 On 10th February, 2015 we, students of Pearl Academy planned a factory visit to Midas Touch Exports based in Navi Mumbai.  Midas Touch Exports was established in the year 1973 with a vast manufacturing unit which allows them to be one of the very well -known export houses in Mumbai.  Mr. Rajani manages the challenges that each day brings with it.

Ms. Shobha and Ms. Amrita showed us around the factory in two groups. First we saw the sampling department, where we saw different types of printing methods which they sourced from different suppliers and tech packs were generally given by their buyers. There was an array of different machinery for the various types of stitching. The prototype of garments were also shown to us and explained in detail. We were informed that their international buyers were from Spain, Portugal and Turkey and Indian buyers were Pantaloons, Big Bazaar, Reliance, and Globus.  Adjacent to the sampling unit was the trim store where all the necessary trims were stored, including threads, shade cards, tags, buttons, laces, poly bags, zippers etc. The labelling tags were sourced out and attached later on in the process.

the pattern master at work and a look into the CAD room where the technician proceeded with making the marker on the Gerber machine and taking out the consumption as well. Processes like cutting, sewing, finishing, quality check were seen in between.

According to staff, they produce approximately 1 lakh pieces monthly; they handle almost 200 styles at once. Midas Touch requires minimum of 60 days for garment production. The cost of the garment was seen to be almost 4 times lesser than the MRP.

The laborers were multi skilled and could rotate their jobs in case of absenteeism or any other requirement. There were around 300 laborers working on 5 different styles and different colors. They worked from 9.00 am to 6.00 pm on weekdays.

We learnt a lot as students of merchandising and marketing as it was our first practical exposure in understanding the mass production.

This was definitely very different from what we learnt on pen and paper. We were able to correlate to the visit as we have learnt everything in class and were able to gain a realistic view regarding the functioning of a production house. The significance of time and action plan and importance of every stage was clearly perceived through this exercise. We are indeed very grateful to the management team of Midas Touch for their hospitality and welcoming approach.